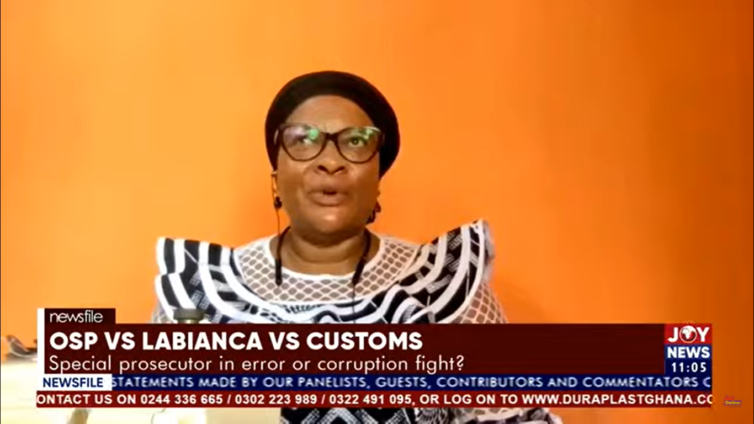 The Programmes Manager of Ghana Integrity Initiative (GII) is not surprised about the Special Prosecutor’s claim of alleged corrupt activities involving Labianca Group of Companies and the Customs Division of the Ghana Revenue Authority (GRA).

According to Mary Awelana Addah, “we are all in this country and we know what is happening, so is not surprising that the OSP comes out with those findings.”

But defending the OSP on JoyNews’ Newsfile, Madam Addah said the investigation is wholesome and a step in the right direction.

According to the anti-graft campaigner, the OSP findings were in the interest of the nation.

“I am very sure, that the OSP who is a lawyer and working with a team of lawyers who understand the law will not just come out peddling falsehoods and making certain allegations which cannot the rigorous of the law.

“Let’s give him credence because he understands what he is doing,” she noted.

She, therefore, commended the Special Prosecutor, Kissi Agyabeng for “taking this bold step” adding that “whoever who does not agree knows where to go.”