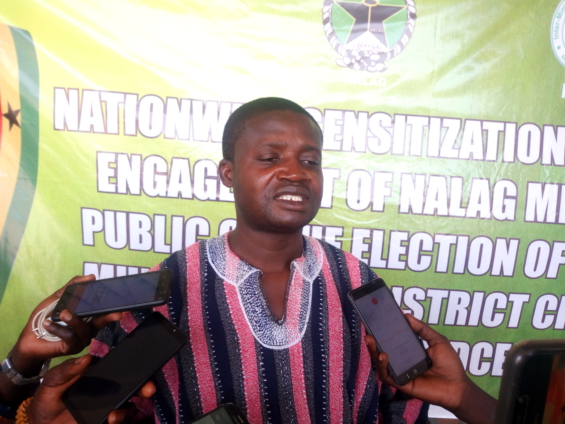 President of the National Association of Local Authorities of Ghana (NALAG) has indicated that the absence of motivational allowances for Assembly members is adversely affecting the performance of Metropolitan, Municipal and District Assemblies (MMDAs).

Speaking at the Bono East Regional Delegates Conference of NALAG, Bismark Nkum, who is also the Gomoa West District Chief Executive (DCE) noted that the introduction of a better remuneration would help attract people of a higher calibre to the Assemblies.

“We have instances where people have become assembly members and they have to dispense the little that they have personally to discharge public duties.”

“Even though it is voluntary, you go there and you are impoverished because, for the four years, you are not getting paid but every little thing in the community, they will first look up to the assembly member,” he bemoaned.

According to him, the work of an assembly member does not pay in the country.

He added that this compels many skilled individuals with an interest to help their communities to give up on plans to become representatives at their various assemblies.

“Somebody who is highly skilled and can put his services to the benefit of the assembly will say ‘let me sit somewhere and relax’ because it does not really pay.”

“We are not looking for equitable pay but some kind of motivation to attract a high calibre of people to be able to participate in our local government sector,” he appealed.