Lack of understanding of tradition is fueling chieftaincy conflicts – Minister 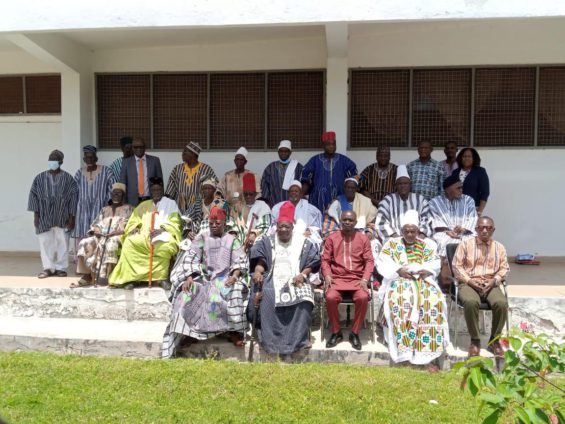 The Chieftaincy Minister has observed that the lack of understanding of tradition, custom and norms is the major reason fueling many of the conflicts in the country.

Ebenezer Kojo Kum said there was much about the traditional authority that citizens did not know, even though they acknowledged its spread and pervasiveness.

Mr Kojo Kum, who observed the second general meeting of the Upper West Region House of Chiefs, said if this was done, a lot of the tensions and disagreement pertaining to traditional authority would not rise in the first place.

“For example, the process for the enstoolment or enskinment of a nominated person; the underlying reason for the pronouncement on an issue, which is steeped in custom and tradition if properly explained to the people will lead to proper understanding and acceptance”, he said.

The Minister said the Chieftaincy institution, which was mired in the conflict, had a degree of consequences for traditional authority, the community and the country in the long run.

Mr Kojo Kum, however, commended the Upper West Region House of Chiefs for the efforts made in resolving some of the conflicts and encouraged them to take action to resolve the outstanding issues by adopting the Alternative Dispute Resolution (ADR) mechanism.

He implored traditional authorities to apply their powers to bring change by modifying some customary practices and traditions that did not sit well with change.

He said challenges that inhibited the effective and efficient execution of the statutory functions of chiefs were being addressed while the legal framework of the Chieftaincy institution was receiving attention and the need to strengthen the structures of the Houses of Chiefs for effective administration.

Mr Kojo Kum called for stronger bonds and partnerships among Traditional Authorities and government to bring development to the people.

Naa Dikomwine Domolae, the Paramount Chief of the Daffiama Traditional Area and the President of the Regional House of Chiefs, said the ardent determination of the Minister to assist Houses of Chiefs to reduce Chieftaincy disputes, hence his personal involvement in the inauguration of the Sankana, Takpo, Manwe, and Banu Traditional Councils.

Naa Dikomwine urged Municipal and District Chief Executives in the region to improve their relationship with traditional authorities and keep them informed of happenings in their respective traditional areas.

He said the region lacked adequate health personnel and pleaded for drastic measures to be put in place to motivate health workers to make the region a place of choice.