Leicester 0-3 Newcastle: Magpies move up to 3rd on the table 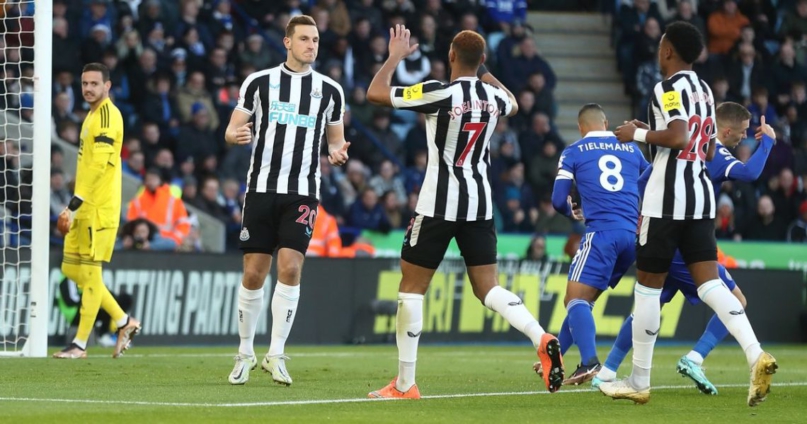 Newcastle United cruised past Leicester City with three first-half goals to claim a sixth consecutive Premier League win and move up to second in the table.

Chris Wood kickstarted a dominant performance by smashing the opener from the penalty spot before Miguel Almiron glided past the Leicester defence to tuck away the second.

Joelinton headed the third from a Kieran Trippier corner for his second goal of the season as the Magpies demonstrated the clinical edge that the hosts were missing.

With England midfielder James Maddison out of the Leicester squad, as he continues to recover from a knee issue sustained before the World Cup, Brendan Rodgers’ side were toothless in attack.

Jamie Vardy was introduced off the bench to add pace to the Foxes’ attack in the second half, and he managed to get in down the side on a couple of occasions but there was no blue shirt to meet his crosses.

The Magpies are four points behind leaders Arsenal, who have played two fewer games. Leicester – who registered just two tame efforts on target in the final 10 minutes – remain 13th.

DISCLAIMER: The Views, Comments, Opinions, Contributions and Statements made by Readers and Contributors on this platform do not necessarily represent the views or policy of Multimedia Group Limited.
Tags:
Newcastle
Premier League