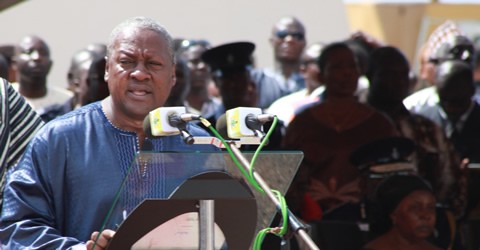 President John Dramani Mahama on Monday appealed to all stakeholders to play their roles responsibly to ensure a peaceful and successful general election this week.

President Mahama, who was presenting a peace message to the Presidential Press Corps at the Castle, Osu, called on leaders of all political parties to educate their supporters against anything that could undermine the peace and unity of the country.

He appealed to all the people to rally behind whoever emerges as the winner of Friday’s election to ensure peace and unity in the country.

“I am very sure God’s favour will allow all of us to smile at the end of the general elections and to rally behind the winner,” he concluded.