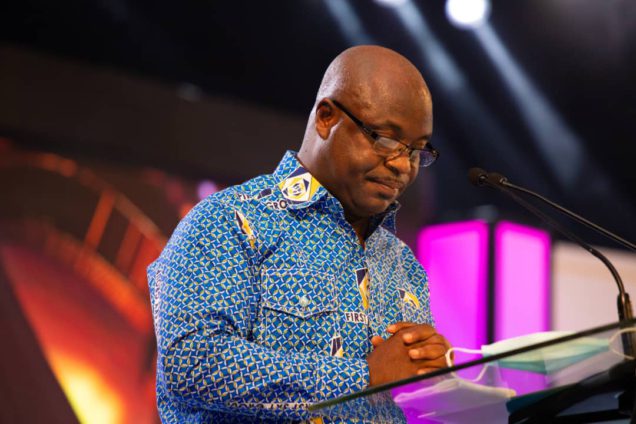 Founder and Executive Chairman of First Sky Group has appealed to government, as a matter of urgency, to include the treatment of two dialysis sessions on the National Health Insurance Scheme.

Eric Seddy Kutortse said this has become necessary due to the numerous requests for financial support First Sky Group has been receiving from other health facilities in the country since it adopted the Renal Dialysis Unit of the Korle Bu Teaching Hospital four years ago.

Speaking at the 19th annual thanksgiving service of the Group in Accra, he revealed that in collaboration with a team of kidney specialists and transplant surgeons from the Transplant Links in Birmingham, First Sky Group sponsored free kidney transplantation for four patients with kidney disease in Ghana.

“But for our intervention, it is fair to say that many beneficiaries would have either lost their lives or would have been incapacitated by challenges with their kidney dysfunction. Since the programme’s inception to date, the First Sky Group has spent ¢20million on the Free Dialysis Project.

“It’s very necessary and urgent for two sessions to be introduced (on NHIS) to make things easier for the patients and government as well so that we can save more lives,” he urged.

He argued that countries such as Kenya and South Africa have been able to implement such an initiative; hence partial coverage of dialysis treatment can be catered for by government to improve the quality of life of Ghanaians.

Mr Eric Seddy Kutortse revealed that as part of its commitment to address kidney challenges, First Sky Group will sponsor a modern Kidney Transplant Centre in the country – the first of its kind in the West African sub-region.

Instead of being flown to India and other countries, the centre will provide services to individuals in the sub-region.

On her part, Minister of Sanitation and Water Resources, Cecilia Dapaah commended the Group for its immense contribution to national development.

She assured that government will continue to assist Ghanaian companies in helping improve citizens’ lives.

In his address, the Presiding Archbishop and General Overseer of the Action Chapel International, Nicholas Duncan-Williams, urged congregants to develop a lifestyle of gratitude and appreciation to God.

In attendance were the Vice President of Liberia, Her Excellency Dr Jewel Howard Taylor, Senior members of the Clergy, Ministers of State, Members of Parliament, Staff of First Sky Group, partners, stakeholders and the media.