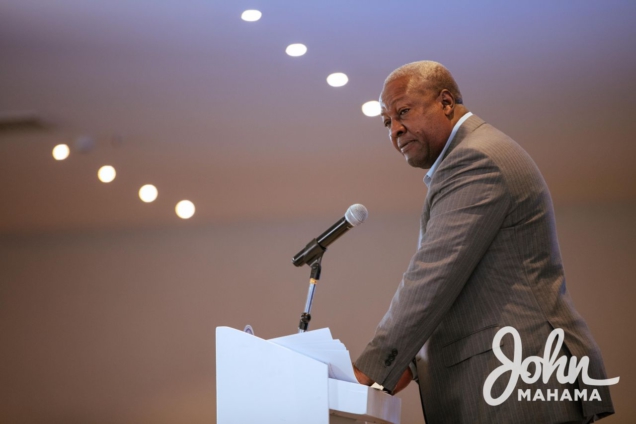 Former President John Mahama says Africa must look beyond the deployment of troops, more hardware and drone technology to address the challenges to peace and security on the continent.

According to him, it is necessary for Africa and its institutions to “rather find the source of the regional insecurity fire and extinguish the flames before they engulf the continent.”

He was presenting the State of Peace and Security in Africa 2021 report at the 10th Tana High-Level Forum on Security in Bahir Dar, Ethiopia.

Mr Mahama said Africa must consider the time-tested “spirit of entrepreneurship so that we can fight the trade war rather than simply expend our energies trying to put out the extremist fires – and behaving like a fire brigade, only reacting when is too late.”

The former president who is the Chairperson of the Tana Forum Board noted that Africa seems unable to proactively prevent crises despite the availability of key institutions and mechanisms to pre-empt and resolve conflict.

He, therefore, argued that the degree of cross-border interaction and exchange, and the deepening reach of globalization, means we now need to frame Africa’s conflict situations as regional crises with national dimensions.

According to the report, Africa in 2021 witnessed a reversal of some of the democratic gains that were achieved in the 1990s and 2000, with the resurgence of unconstitutional changes of government, contestation for state power, the regionalisation of violent conflict and return to authoritarian rule and the undermining of the rule of law, both of which are drivers of violent conflict.

“Moreover, in 2021, limited economic growth, an immense youth bulge, and high levels of rural-urban conflict and forced migration have created conditions for extremism to spread into vulnerable countries”, the report further noted.

Outlining some of the recommendations of the 2021 State of Peace and Security Report, President Mahama said Africa Union member states “need to prevent the resurgence of unconstitutional changes of government by reacting much more swiftly to ensuing crisis” and “develop continental-based pharmaceutical industries to manufacture and distribute their own Covid-19 vaccines to African citizens”.

The report also recommends that the AU’s Commission for Political Affairs, Peace and Security “develop dedicated programmes of work with the AU Special Envoy for Youth and the African Youth Ambassadors to mobilise the continent’s youth to proactively work to prevent and resolve conflict as well as promote post-conflict reconstruction, peacebuilding and transitional justice”.

DISCLAIMER: The Views, Comments, Opinions, Contributions and Statements made by Readers and Contributors on this platform do not necessarily represent the views or policy of Multimedia Group Limited.
Tags:
Africa
Mahama