Letter from Africa: Africa plays on in 2022 without its great referee - MyJoyOnline.com

Letter from Africa: Africa plays on in 2022 without its great referee 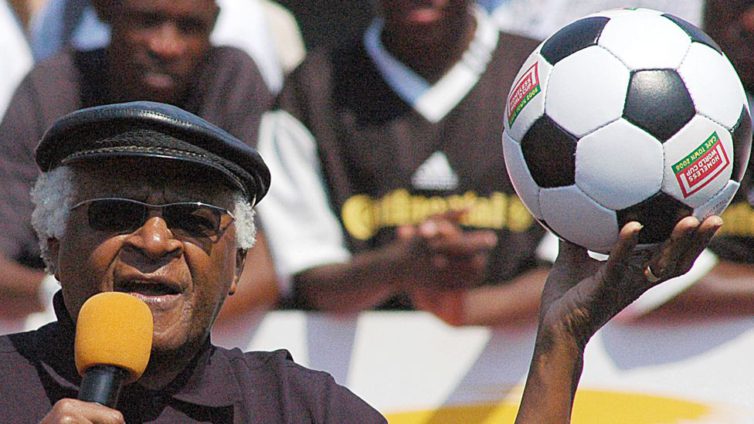 The year started on a sombre mood as the veteran referee in the field of justice, racial equality and political liberation, Archbishop Desmond Tutu was laid to rest in South Africa.

The man who never hesitated to blow his whistle on unfair tackles on the oppressed by the powerful, or offside goals by those who felt they had a privileged skin colour, has left the pitch for good just seven days before the governing African National Congress (ANC) celebrates its 110th birthday in Polokwane.

South African President Cyril Ramaphosa must be hoping that leftovers from the ANC birthday cake will stay fresh long enough to lift the party’s voter support that has dropped to its lowest in 28 years and give him a chance to secure re-election as ANC president.

That decision will be made at the party’s national elective conference in December.

A day after the ANC birthday bash, all eyes will shift to Cameroon, which is hosting the 33rd edition of the Africa Cup of Nations. A total of 24 teams will compete in the tournament, which has been postponed twice.

Sudan, Guinea, Mali and Ethiopia have big reasons to fight hard on the pitch and try to lift the winners’ trophy.

They are countries that have experienced military coups, attempted coups or in the case of Ethiopia, a year-long civil war that has killed thousands and forced millions to flee their homes.

Taking the Africa Cup of Nations back home would help lift the spirits of countries that enter 2022 still reeling from the effects of conflict and uncertainty.

Guinea will be playing under fear. The new military leader has warned the team to either win the trophy or refund the money invested in them.

Tunisia is usually a strong contender on the pitch but back home, the political game is on shaky footing. President Kais Saied hopes that a referendum in July followed by parliamentary elections at the end of the year will calm the waters.

Many Tunisians supported his move to grab executive power last July, hoping it would improve the tough economic times. Now many see him as the problem and have taken their protests to the streets.

Match for the presidency

Unlike the other North African football giants – Morocco, Egypt and Tunisia – Libya will be missing from the Cup of Nations.

The country has a bigger problem organising the presidential elections, which should have been held on 24 December but which have been postponed. The polls are seen as key to pulling Libya out of a decade of mayhem that has followed the removal and killing of veteran leader Muammar Gaddafi in 2011.

Kenya’s former Prime Minister Raila Odinga is a big football fan. He sometime even makes up his own football commentary at public rallies to explain how he would deal with political rivals.

In the August general election, the 76-year-old politician will face his fifth and perhaps biggest match yet to try and win the presidency.

His biggest opponent in the fight to take over from President Uhuru Kenyatta, whose second and final term is coming to an end, is Deputy President William Ruto. Both men are currently crisscrossing the country in big rallies to find enough numbers to see them through to State House.

In Nigeria President Muhammadu Buhari is focusing on numbers of a different kind as he wants to know how many Nigerians there are.

His government is planning to conduct a national population and housing census in 2022. The last census was carried out in 2006 and put the country’s population at 140 million. The National Population Commission estimates the population has now grown to around 206 million but official want to be sure.

While we wait for Nigeria to count Nigerians, the world will convene in Egypt in November to focus on a simple but elusive number: 1.5.

The UN COP27 climate conference in Sharm el-Sheikh will be hoping that after the Glasgow meeting, nations will have reviewed their greenhouse gas emission targets significantly to help the world limit global warming to below 2C, preferably to 1.5C, compared to pre-industrial temperatures.

The sound of African music has hit a new level at the Grammy Awards. Africa will have nine nominees when music’s biggest night opens in Los Angeles on 31 January.

The Democratic Republic of Congo has been a big exporter of music to the rest of the continent and the world. And now East Africans are eyeing DR Congo for other things beyond rumba and soukous.

A study by the East African Business Council shows that China is the leading exporter of goods to DR Congo, accounting for 31.2%, followed by South Africa at 15.8% and then Zambia at 13%.

The EAC wants a share of this lucrative market, including access to the 81 million consumers in DR Congo.

In exchange, the EAC will offer DR Congo access to the larger EAC Common Market and Common External Tariff framework. It will also have access to the sea ports of Mombasa and Dar es Salaam at competitive rates.

The decision on the admission of DR Congo will be made at the EAC Heads of State Summit in January or February.

Africa’s overall economic performance will largely depend on how the Covid-19 pandemic will progress.

For now – as football fans in Cameroon will be told – “mask up, wash your hands and keep your distance” remains the slogan for 2022 and the message that many African countries hope puts them on a winning streak. Happy New Year!