Liberian teen gets opportunity to attend HBCU on a scholarship after returning $50K he discovered unattended - MyJoyOnline.com 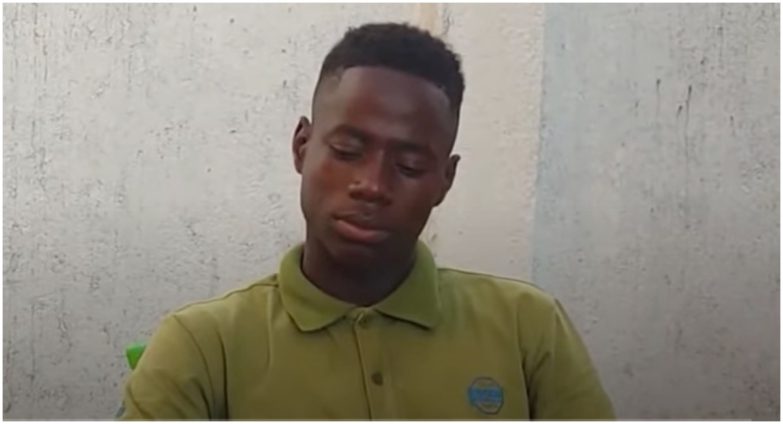 Emmanuel Tuloe’s honesty just paid off in a life-changing  way.

Last month the West African teenager found a dropped satchel with $50,000 in U.S. cash and $100,000 in Liberian currency on the side of a road while working as motorcycle taxi driver near his home in Tappita City, Liberia.

Upon hearing a local businesswoman, Musu Yancy, pleading on the radio that she had lost a large sum of money in the area, the 18-year-old, rather than keep the cash, contacted the radio station and revealed he found the money and returned it to its owner.

During an interview with WB-TV Tuloe revealed that he was teased by some of his friends for his noble gesture.

However, the teen said, in fact, he was “afraid,” telling reporters “Because it was plenty of (money), and so I brought it home and gave it to my aunty to keep until the owner could ask for it.”

He continued, “Since my decision, when I have a breakdown on the highway and some of my rider friends see me, they don’t help. They say I acted stupid to find and return money.”

However, Tuloe’s act of kindness was not stupid but instead a investment towards his future. Tuloe had to drop out in the seventh grade to help his family out financially, operating as a motorcycle taxi driver aside from bringing in additional sources of income.

The young man said that career didn’t offer long-term benefits, and when he heard his country’s president was planning to recognize him for his gesture he hoped to be able to go back to school and encouraged others to return to school as well.

“I will ask him [the president] to encourage other young people to leave motorcycling and go to school because there’s nothing in it [the motorcycle taxi business],” Tuloe said to reporters.

Last month Liberian President George Weah and his family offered the young man a scholarship to attend any school of his choice in Liberia, up to the master’s level.

Furthermore, he was given $10,000 and two new motorcycles.

When Livingstone College, a historically Black school in Salisbury, North Carolina, heard about the young man’s deed, they too reached out to him for a scholarship opportunity.

The college has a history with the A.M.E. Zion Church that helped start the school and the Liberian Organization of the Piedmont, based in Winston-Salem, North Carolina.

Every four years the college sponsors two Liberian students’ tuition and Tuloe’s act grabbed the attention of school President Jimmy Jenkins by way of the Liberian Organization that hosts these students’ collegiate careers.

“Education is the surest vehicle for upward mobility in the world,” Jenkins said in a statement last month.

“This young man clearly understands that. He could have asked for anything from his country’s president, but what he wanted most was to finish his education. He is a beacon of hope for his generation and for his country. We would be proud to have him among our student population.”

In addition to the two endowments, Yancy gave Tuloe cash and materials reportedly valued at $1,500. Among his gifts was a mattress, which he told reporters he was going to give to his grandmother.