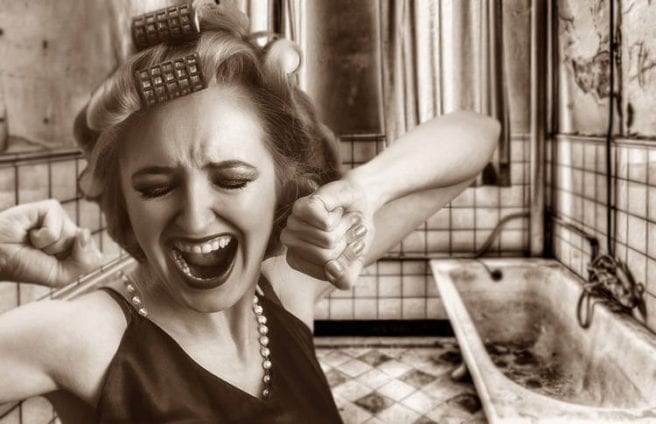 Lithuanian media recently reported the bizarre case of a man who locked his wife in the bathroom and refused to let her out, because she may have been infected with the dreaded coronavirus wreaking havoc around the world.

On Wednesday, February 26th,  at around 8:35pm, police in Vilnius, Lithuania, received a distress call from a woman in the city’s Antakalnis upscale neighborhood, who claimed to have been locked in her home bathroom by her husband and two adult sons.

A police crew was directed to the location of the call, but when they arrived on the scene, they quickly realized that this wasn’t the domestic dispute… The husband casually told police that he had indeed locked his wife in the bathroom, but only to prevent getting infected with the coronavirus.

“We got the report that a husband and two adult sons refused to let the woman out of the bathroom after she told them that she could have contracted the coronavirus,” national police spokesman Ramunas Matonis told journalists.

Apparently, the woman had traveled to Italy recently, where she had come in contact with Chinese people, and told her husband that she was concerned she may have become infected with the coronavirus.

Instead of comforting his spouse, the man reportedly called a doctor and told him about her fears; he was then advised by the physician to isolate the woman, so he and his sons locked her in the bathroom.

The man explained that he did not mean to cause his wife any harm, and that he was merely following the doctor’s advice in order to prevent his wife from spreading the disease. There was no violence involved, no complain was filed by the woman, so police merely called an ambulance to have the woman taken in for testing for the coronavirus.

It turned out that the husband’s worries were unfounded, as the woman tested negative. However, this story goes to show what an impact the highly Covid-19 virus is having on people. You know things are getting serious when people start locking their spouses in bathrooms to avoid getting infected themselves.