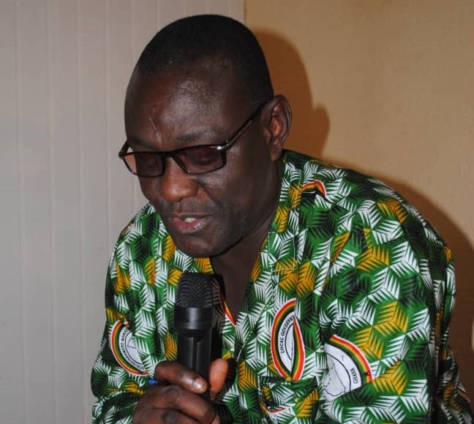 The Local Government Workers Union has condemned the alleged assault on the Planning Officer of Asene-Manso-Akroso by the bodyguard of the District Chief Executive (DCE) for the area.

Benjamin Quarcoo was allegedly attacked on the orders of Alex Incoom after returning to work from leave.

The incident was said to have occurred in the full glare of some staff of the district assembly who fruitlessly restrained the DCE and his bodyguard from the brutal assault.

Speaking to Joy News, the General Secretary of the Union, Godfred Nyarko Okyere said the DCE must hand over his bodyguard to the Police for the law to take its course.

“We are calling on Mr Incoom to as a matter of urgency handover his bodyguard to the police to allow smooth investigations. As a body, we are only looking forward to justice being done to the matter.

“We can’t allow such things to happen…if you have any beef with your worker the workplace is not the place for it….when you get to the workplace, it’s all about work and nothing more. If you close from work and you decide to fight outside then it’s up to you,” he stated.

Mr Okyere also called on the police to hold the DCE responsible and called for his prosecution.

“Even if it’s possible, the DCE must also be prosecuted for ordering his guard to attack the Planning Officer. These things cannot be allowed to go on without any action. We won’t allow anyone who feels too powerful due to his position to be abusing our members,” he warned.

He said upon his resumption, he realised that his office was locked so he sat on a chair in front of the office waiting for the District Coordinating Director, Nketiah Donkor who was outside the assembly premises to return to open the office for him to enter.

According to him, when the DCE came to meet him sitting in front of his office, he ordered one Adu, his bodyguard to physically assault him without any provocation.

The Oda District Police Commander, Superintendent Daniel Amoako, who is handling the case said it took some staff of the assembly who were attracted to the scene, to free Mr Quarcoo from the grip of Adu while the DCE was looking on unconcerned.

He said after regaining his freedom from Adu, the Mr Quarcoo lodged a complaint with the police.

Superintendent Amoako said after taking Mr Quarcoo’s statement, he sent police investigators to invite Adu to the police several times to assist in the investigation, but on each occasion, the DCE told them that he would not allow the suspect to be investigated and, therefore, prevented him (Adu) from responding to the police invitation.

According to Supt Amoako, the police has applied to the Oda District Magistrate Court for the DCE to produce Adu in court on March 23, for prosecution.