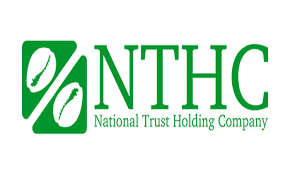 The operations of the Rural and Community Banks (RCB) in Ghana are seriously being affected because of their locked-up funds at National Trust Holdings Company Limited (NTHC).

In total, more than 100 million Ghana Cedis worth of investments from the RCBs are locked up.

All the 145 RCBs held their funds with NTHC until the Central Bank clean up which resulted in 53 finance houses and fund management companies’ licenses being revoked.

In an interesting turn of events, the license of NTHC was not revoked which sent signals that it was operating on a stronger footing. But after many months, the RCBs and other investors at NTHC are unable to access their funds.

Officials of NTHC have said that government owes them in that those funds have been used for government contracts etc, therefore until government pays them, there is little they can do.

In addition, government in August this year released a total of 800 million Ghana Cedis to be paid to road contractors as debt owed them.

The question however is why was the NTHC license not revoked or liquidated to receive some of the bailout given the asset management companies?

Again, if government is owing NTHC as claimed by its officials that they have been used for government contracts, then why is government not paying them as such?

Why should innocent investors suffer from these developments?

The work of the Rural and Community Banks are centred in the rural areas and with mostly those in the informal sector especially farmers.

Several attempts by these affected rural banks to retrieve their locked-up funds from NTHC have yielded no results and this unfortunate situation has negatively affected their operations in many ways. This includes decrease in income and profitability of the banks. Again, these affected banks are unable to lend enough to make enough profit to pay dividend to their shareholders.

This situation has affected their Capital Adequacy Ratio (CAR), and that they would perform far better if their locked-up funds were released to them.

According to them, when the locked-up funds are paid, they would be able to give more loans to support farmers as well as small businesses in their operational territories to expand which the universal banks are usually unable to support.

This would eventually improve the economic activities in the rural areas and contribute to the well-being of the poor citizens and the nation as a whole.

They RCBs have therefore cancelled their corporate social responsibilities they embark on in their operational areas that often relief the local government of such burden.

Effects
The Bank of Ghana, sometimes, depending on certain circumstances, compel these affected rural banks to write off these locked up funds to clean their books, which results in poor financial performance.

The locked-up investment with NTHC has resulted in liquidity challenges, since such funds are inaccessible and not making them resourceful enough to withstand financial pressures as banks, with most of them recording worsening Capital Adequacy Ratio (CAR) as well as huge losses or poor profits.

There also has been some level of operational impediments since RCBs with deficiency in their CAR are not allowed by the BoG to make capital expenditures or embark on projects that could offer enormous benefits to them, denying them the opportunity to expand.

According to some of the directors of the affected RCBs, the excuse given by management of NTHC has been that the Government of Ghana owes them several millions of Ghana cedis and efforts are being made to retrieve those moneys from the Government to enable them pay back client’s investments.

As noted by the directors, according to NTHC, the efforts of the latter to retrieve the amount owed them by the Government, which started over two years ago, have come to nothing.

Background
Rural Banks in Ghana have exhibited resilience and continue to stand the test of time and have worked in the interest of their customers and shareholders per their legitimate mandate as banks operating in their communities and serving critical financial intermediation for significant number of the Ghanaian populace.

Bank of Ghana that regulates the subsector of the banking industry has taken a strong stance to ensure that rural banks, as wholly indigenous bank, perform their operations efficiently, to bring financial inclusion to the members of the communities.

RCBs have not failed to pay customers their deposits or paid investors their money whenever they fall due; even in the midst of the financial clean up and in challenging macroeconomic environment.

Failed Attempts
JoyNews can confirm that none of the 145 rural banks in the country was closed down or had their license revoked by the regulator because of insolvency or any corporate governance irregularities, as reportedly happened to some of the universal banks when the banking clean-up occurred recently.

However, a number of rural banks in the country, particularly in the Ashanti Region, have raised serious concerns about their locked-up investment of approximately one hundred million Ghana cedis (GH¢100 million) with the National Trust Holdings Company Limited (NTHC).

Complaints
According to the directors of these affected rural banks, NTHC, which is a state-owned entity with SSNIT as its majority shareholder has failed to pay claims that have been due since the Security and Exchange Commission, SEC, revoked the licences of some fifty-three fund management companies.

These affected rural and community banks have argued that even though the operating licence of NTHC was not revoked like was done to the others by SEC, NTHC has not been able to pay claims that have fallen due or better still refund the principal amount or interests relating to their investments with the state-owned institution.

The rural banks have further argued that the Securities and Exchange Commission (SEC) acted within its mandate of protecting investors and the integrity of the market after a successful deliberation with the government and authorized a partial bailout of up to Fifty Thousand Ghana Cedis (GHS50, 000) to all customers of the affected Fund Management Companies but ignored to act on the situation with NTHC that is equally and directly guilty of the same non-performance.

The decision to make this partial payment was predicated on the Government’s commitment to protect its citizenry and its sensitivity to the plight of affected clients, compounded by the disruptive impact of the Covid-19 pandemic.

JoyNews checks at the NTHC also indicate that most of the rural banks have written to NTHC to demand for their locked-up investments, but all that have not yielded any desired results.

There are several exercises being conducted which are supervised by the SEC to prepare for a government’s intervention to pay clients’ investment, hopefully by the end of September.

According to a source at the NTHC all efforts are being made by management to pay back all claims that have fallen due, and possibly migrate certain category of investments onto mutual funds.

NTHC has also assured these affected clients that their investments will be paid to them, and so they must exercise enough patience, as all efforts are being put in place in collaboration with relevant stakeholders to ensure that every client is paid.

Owing to their locked-up funds with NTHC, coupled with the several failed promises by NTHC in the past to pay back the funds, the rural banks claim they are unable to wait any longer, regardless of the further promises still being made by NTHC.

The Government of Ghana, on the other hand, being the major shareholder of NTHC, through its state agencies like SSNIT, is now being called upon to do the needful to ensure it settles moneys owed to NTHC, which NTHC claims, is causing them not to be able to settle debts owed to these poor and suffering rural and community banks.