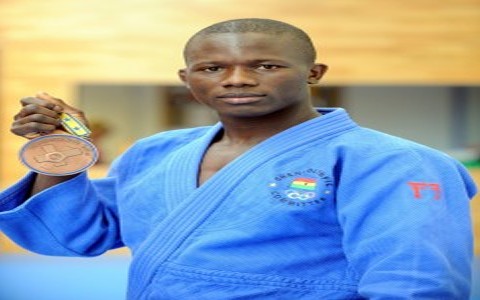 Judoka, Nartey rescinded his decision Sunday night to go into the fight after an earlier threat of withdrawal from the competition as a result of unpaid camping allowances.

The experienced Dutch opponent was fouled on more than two occasions by his Ghanaian opponent.

Dex Elmont’s father, Ricardo is a former judoka himself, who represented Suriname at the 1976 Summer Olympics in Montreal, Canada. His older brother Guillaume is also competing on the highest level in judo.