Mahama joins WHO challenge with video of himself practicing safe handwashing - MyJoyOnline.com

Mahama joins WHO challenge with video of himself practicing safe handwashing 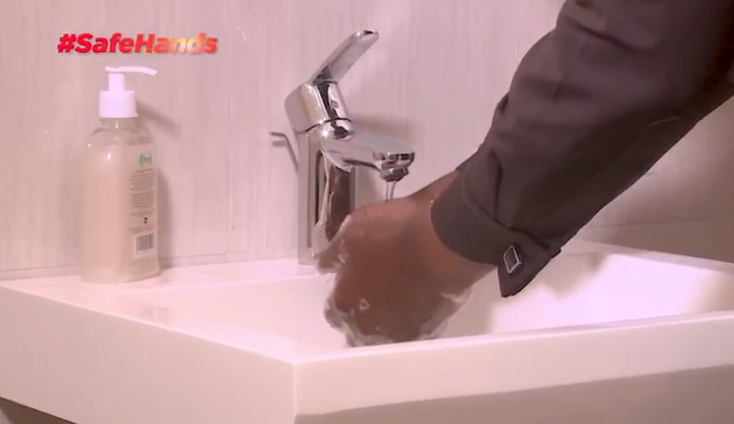 John Mahama is encouraging proper and frequent hand washing to help with stop the spread of the coronavirus.

The WHO’s Safe Hands Challenge is an attempt to promote safety against the deadly disease also known as COVID-19.

It is keeping the world updated with the happenings and disseminating information about precautions.

One of the effective ways in the mix is that of maintaining hand hygiene by washing hands for about 20 seconds.

As a means to spread the message, the former president, who is also the flagbearer of the National Democratic Congress (NDC) for the December 2020 elections, shared a handwashing video of himself.

Mr. Mahama in the 63-seconds video, encourages proper and frequent hand washing to help stop the spread of the coronavirus.

The campaign has been created around the hashtag #SafeHands. Two other prominent hashtags include #SafeHandsChallenge and #HandHygiene. All three of them are emoji hashtags with a picture of yellow hands as a visual element. WHO has released textual and visual guides on the proper steps to wash hands as a part of the larger campaign narrative against COVID-19.

Tedros Adhanom Ghebreyesus, Director-General, World Health Organisation has played a key part in the campaign. The campaign video featuring him was one of the first that started the domino effect. Key designation persons of the UN, UNICEF, global health organisations, celebrities and politicians have played the role of influencers for the campaign, a few of whom were nominated by DG Ghebreyesus.