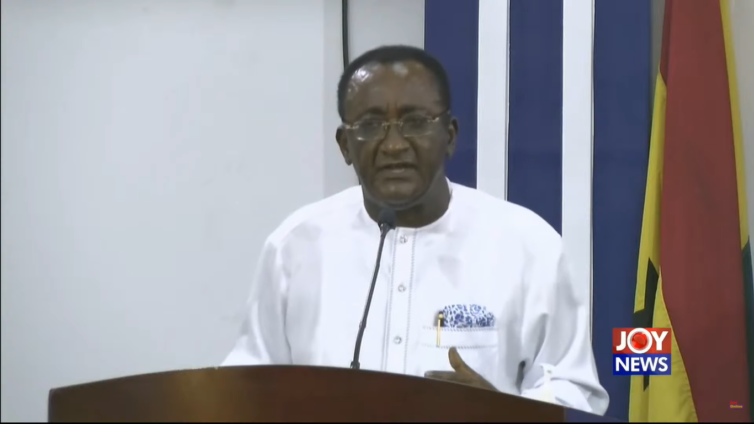 The Minister of Food and Agriculture, Dr Owusu Afriyie Akoto says the importation of maize is expected to reduce in the next three years.

Speaking at a press briefing on Sunday, he said a reduction can be achieved if the rate of production in the country is maintained.

“…this figure is expected to vanish in the next three years so or so we continue to produce at the rate we are doing ,”he said.

According to him, since NPP resumed office, there has been a drastic reduction in maize importation as compared to statistics available for 2015 and 2016.

Dr Afriyie Akoto said the drought which occurred in 2020 also contributed to less production of maize making the prices shoot up.

“On the wholesale prices, we see that the trends of annual average whole sale prices for white maize in 2016 to 2020 that the trend is falling price of maize at the wholesale level people are now complaining about the expensive price of maize. For 2020, it went up to 155 which is more or less what it was in 2015 …The effect of the drought reduced production and also the increase in exports to neighboring countries.

He said the country also exports huge volumes of maize to other neighboring countries but the drought reduced the exportation of maize.

DISCLAIMER: The Views, Comments, Opinions, Contributions and Statements made by Readers and Contributors on this platform do not necessarily represent the views or policy of Multimedia Group Limited.
Tags:
Dr Owusu Afriyie Akoto
Maize Production
Minister of Food and Agriculture