Majority constantly undermining Speaker because he is not part of ruling party - Ablakwa alleges - MyJoyOnline.com 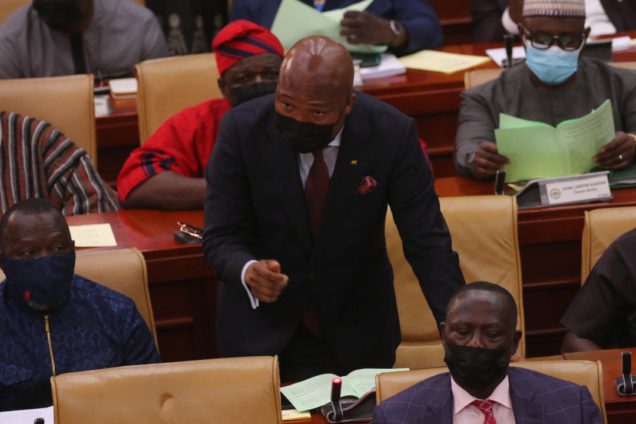 The North Tongu MP, Samuel Okudzeto Ablakwa has accused the Majority Caucus of deliberate attempts to frustrate the Speaker in the discharge of his duties.

According to him, “there have been consistent efforts to undermine the Speaker because he is not from the ruling party”

His concerns come after the NPP MPs challenged Alban Bagbin’s directive, canceling Roads and Highways Minister Kwasi Amoako-Attah’s announcement of the cessation of payment of road tolls has been challenged by the Majority in Parliament.

The NPP MPs argue that the decision by the Speaker was not through a resolution from the House.

But Samuel Okudzeto Ablakwa insists that Alban Bagbin was “well-within his powers” when he took the decision.

Speaking on Joy FM’s Top Story on Friday, the lawmaker said that Alban Bagbin action is not the first of its occurrence in the history of Ghana’s parliament.

“I am a senior member of the House. I have served under three different speakers. The records will show that this is not the first time that Speakers are issuing directives.

“Speakers do not only act after a resolution of the House and they know it. Speakers give directives always,” he said.

The Roads and Highways Minister, Kwasi Amoako-Attah on Wednesday evening directed the immediate cessation of the collection of road tolls across the country.

The directive came hours after the Finance Minister announced in the 2022 budget that motorists who ply tolled roads across the country, will no longer be required to pay tolls.

“Government has abolished all tolls on public roads and bridges. This takes effect immediately after the Budget is approved,” Ken Ofori-Atta said while reading the 2022 budget to Parliament.

Despite this caveat, Kwasi Amoako-Attah announced the discontinuation of the collection of road tolls.