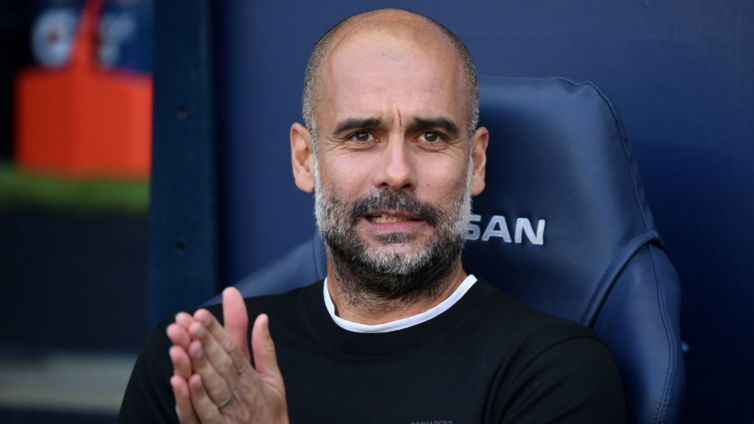 Manchester City manager Pep Guardiola said his team deserved an apology, after their two-year UEFA ban from European football was overturned by the Court of Arbitration for Sport (CAS) — a verdict he called “a good day for football”.

The Spaniard said the club’s reputation had been damaged by the furore around allegations that they broke Financial Fair Play (FFP) rules and fired back at comments from rival managers Jose Mourinho and Jurgen Klopp.

Mourinho had described the CAS decision to fine City 10 million euros ($11.39 million) for non-cooperation with the investigation as “disgraceful”.

“Maybe. The thing about the money, maybe. But Jose and all the managers should know that we were damaged. We should be apologised (to). Because, like I said many times, if we did something wrong, we will accept absolutely the decisions by UEFA and CAS because we did something wrong,” Guardiola told a news conference on Tuesday.

“We have the right to defend ourselves when we believe what we have done is correct, is right. Three independent judges said this,” the Spaniard added.

Liverpool manager Klopp has described the CAS verdict on Monday as “not a good day for football” but Guardiola disagreed.

“Yesterday was a good day for football because we play with the same rules of FFP as all the clubs in Europe. All of them. (If) we break this FFP, we will be banned,” he said.

“We were damaged. The people say that we cheated and lying many, many times. The presumption of innocence was not there and after, when it happened and it was right, of course we are incredibly happy because we can defend what we have done on the pitch.”

Guardiola also took aim at Spanish league president Javier Tebas, a long standing critic of City, who had questioned whether CAS was the right court for deciding such matters.

“He is another one, this guy Senor Tebas must be so jealous for the Premier League, the English football,” he said.

“He is incredible legal expert from what I see, so next time we will ask in which court, which judges we have to go. He has to be a little bit worried or concerned about La Liga, (he should) focus on there.

“We will be in the Champions League next season, Senor Tebas, because we did it properly,” he said.

Guardiola also took aim at a group of nine Premier League clubs who reportedly wrote a letter to CAS to argue against City receiving a stay on their ban.

“Guys accept it, we want to be here and we try. On the pitch we try as much as possible, sometimes win, sometimes lose. They have to understand it,” he said.

“When you are not agreeing just knock on the door, for our chairman, our CEOs and talk, don’t go from behind and whispering.”