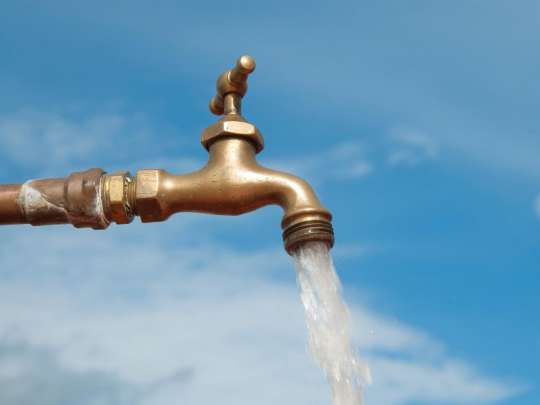 A resident of East Legon is set to face the full rigours of the law for illegally connecting the main water supply line to many homes.

The illicit activities of the unnamed male resident was found out by the Ministry of Sanitation and Water Resources task force on Sunday, April 10.

The sector Minister, Mrs. Cecilia Dapaah, made the revelation during a press briefing on Monday, April 11, while highlighting some of the many challenges facing the sector.

“We also have the challenge of illegal connection. Just yesterday, a resident of East Legon was caught red-handed. He had connected two big pipes into our mainline and had denied the whole catchment area of water,” she said.

According to Mrs. Dapaah, after the pipes were disconnected from the main line, “water started flowing in people’s homes.”

She noted that aside preventing other homes from accessing water, the culprit also sold the water to the affected residents.

The Minister described this as a serious crime.

She noted that the Ministry will charge the culprit with Illegal connection and selling of water without permit.

“I think the issue is being handled and he will surely be handed over to the police. I hope he pays up for the number of months or years he has wrongly done this,” the Sanitation Minister added.

To ensure illegal connection becomes a thing of the past, Mrs. Cecilia Dapaah has proposed that the task force embarks on a house-to-house audit of the water used in the various homes.