Man jailed 40 years for robbery and causing harm in Techiman 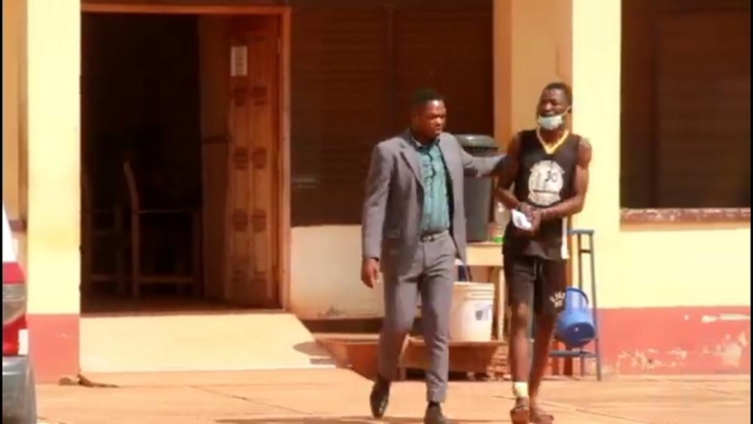 He was sentenced for an attempt to commit crime to wit robbery and also to cause harm.

The convict, a native of Tunsuasi No. 2, a suburb of Techiman in the Bono East Region, attacked the complainant Dora Yeboah in her house on Sunday and injured her in the process.

Mr Ankomah Kusi is said to have attacked the victim in her house at about 7 pm with a gun and a stick and threatened to kill her but the complainant struggled with him whilst the witness, Donesia Gyinde rushed out for help.

She was saved by the timely intervention of the people in the community after her daughter raised an alarm.

The accused, in the process, inflicted a deep cut on the complainant’s left eye and bruises on other parts of her body.

The accused was later arrested by some folks in the Abourso area and was later handed over to the police after receiving beatings from the people who arrested him.

He pleaded guilty and was handed a 30 years sentence for robbery and 10 years for causing harm to the victim.

Prosecuting Officer C/Insp. C. Y. Sertoglo told Joy News that the sentence is deterring enough to scare others who are in the the robbery trade.

“The Techiman Circuit court is ready to hand out harsh sentences to robbers found guilty of such an offence,” he added.

The victim has, however, appealed to government to increase the number of security personnel in the Techiman area to reduce the robbery menace which has been on the rise in recent weeks.