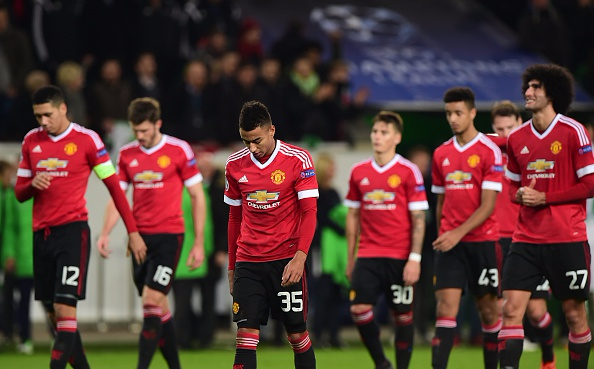 Manchester United are unlikely to finish inside the Premier League’s top four this season, according to former Tottenham manager Harry Redknapp.

The Red Devils have struggled for consistency since the departure of Sir Alex Ferguson in 2013, failing to challenge for major titles over the last three years.

In the wake of Louis van Gaal's departure at the end of last season, Jose Mourinho was appointed to lead a new-look side in a challenge for the league title, but the Portuguese has so far not had he desired impact.

United booked a spot in the EFL Cup semi-finals with a 4-1 win over West Ham on Wednesday night, and are closing in on a place in the second round of the Europa League.

It is, however, their top-flight struggles that have dominated the headlines and seen the greatest level of scrutiny placed on Mourinho and his under-performing troopsA run of one win in seven league games, with four straight draws on home soil, has United well off the pace in the title race and eight points adrift of the Champions League spots.

Redknapp believes a side that has offered little cause for optimism thus far will end up missing out on a seat at continental football’s top table – unless they end up winning the Europa League and qualifying through that route.

He told Betsafe: "Man United aren't good enough at the moment, I look at the team and it doesn't excite me.

"Man United will do well to make the top four this year.

“They will finish in top six but I don't know if they will make the top four.”

United could start to close the gap on the Premier League’s leading pack before the end of the calendar year, but have a couple of testing fixtures on the horizon.

Everton have not been in the greatest form themselves of late, but they can be expected to raise their game for United's visit to Goodison Park on Sunday.