Mankessim: Chief in murder case is alive and behind bars – Police 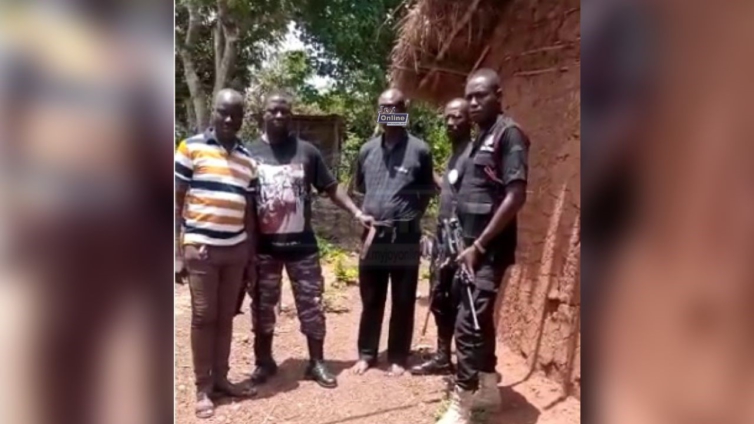 The Police say the chief arrested in connection with the murder of a prospective student nurse at Mankessim is still alive and in their custody.

They described as false some media reports suggesting that the suspect has died.

“The chief and his accomplice who were remanded into police custody by the court to reappear on October 4, 2022, are alive and in custody.

“We, therefore, urge the public to treat the report with the contempt it deserves,” the Police said in a statement on Saturday.

Earlier in the week, the chief who is the Tufuhen of Ekumfi Akwakrom in the Central Region was picked up at his hideout at Akwa Krom in the Ekumfi District.

This was after a pastor confessed to helping him kidnap, kill, and secretly bury the lady.

Mankessim District Police Command arrested Nana Clark Onyaa and had him transferred to the Regional Police Command in Cape Coast to assist in investigations.

The body of Georgina Asor Botchwey was exhumed by the pastor and police investigators on Tuesday in the room of Nana Clark Onyaa, the chief who is the Tufuhen of Ekumfi Akwakrom.

According to sources, the chief, who is also the president of the Mankessim Traders Association, and his accomplice, kidnapped the nurse after engaging in sexual acts with her.

He then led the police to the chief’s residence, where the victim’s body was exhumed.

The victim’s body was reportedly buried nearly three weeks ago. Along with the body, the victim’s bag, shoes, and other possessions were also found at the chief’s house.

DISCLAIMER: The Views, Comments, Opinions, Contributions and Statements made by Readers and Contributors on this platform do not necessarily represent the views or policy of Multimedia Group Limited.
Tags:
Ghana Police Service
Mankessim
Murder
Nana Clark Onyaa
Police