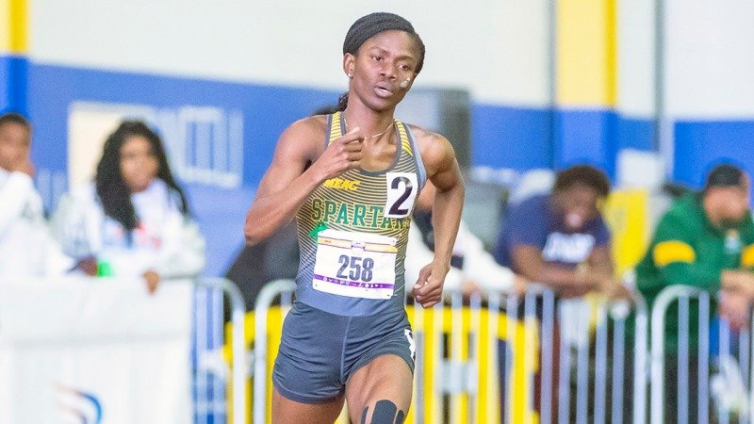 Bissah, Ghana’s sole athlete who won gold at the girls’ 800m race at the Youth Olympic Games in 2014 had been suspended indefinitely by the GAA headed by Professor Francis Dodoo in 2016 for indiscipline and peddling lies against the GAA and wants the athlete to apologize for the ban to be lifted.

However, the 23-year-old athlete, who in late December 2020 graduated from Norfolk State University, USA with a Bachelor of Science in Business Administration has not rendered the apology.

Mr. Halden-Lutterodt in an interview with the GNA Sports charged the current Ghana Olympic Committee (GOC) President Mr. Ben Nunoo-Mensah and Executives to step in and tackle the Bissah and GAA issue to enable the young athlete reinstated to compete for Ghana again.

He said, “The GOC must step in to tackle the issue. I expect the current administration to solve the issue. We now have a strengthened GOC and something must be done to bring the girl back.

“Martha’s issue cannot go on indefinitely. Martha is an Olympian and I hope the GOC would double their efforts so the issue is solved.”

On his part, he believes this was the right time for the issue to be solved, adding that, the GOC had the power to deal with the case involving Martha and the GAA.

When asked if Martha would be able to work with the Francis Dodoo led administration, the former GAA President, who facilitated the scholarship for Martha to study in the United States said the athlete was focused and not bothered with who was in charge.

“Martha is willing to compete for the Nation and not focused on who manages the GAA. Ghana is important to her,” he stressed.

Martha, in her stay at the prestigious University in the United States, swept many awards including the Norfolk State University Female Athlete of the Year in 2018.