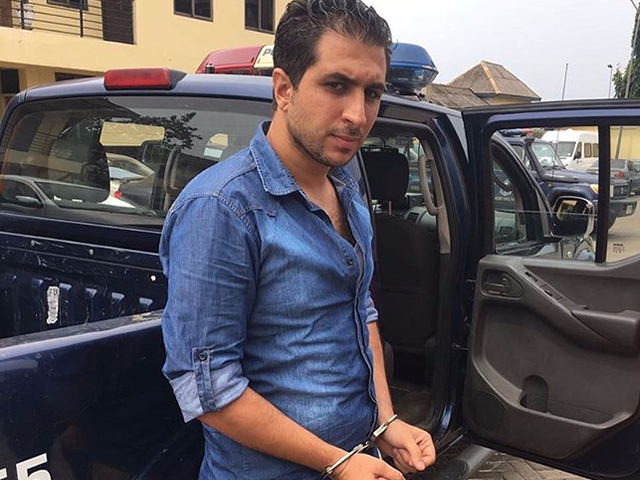 Jihad Chaaban, the Marwako Fast Food Supervisor has informed the Abeka District Court that he would be calling two witnesses to testify for him.

Ending his cross- examination, Chaaban disagreed with prosecution’s assertions that it was his fault that the blended pepper splashed on Ms. Evelyn Boakye’s face.

According to Chaaban, Ms. Boakye, a female employee who is accusing him of splashing blended pepper in her face, told him that she had pain in her eyes after chopping onions in the restaurants’ kitchen.

The Supervisor also denied that it was through his “pushing and pulling” of the victim’s head to take a look into the blended that led to the splashing of the pepper on her (victim)’s face.

He, however, admitted that he gave money to one Ali a worker of the Restaurant to accompany the victim to the pharmacy to purchase medicine for Ms. Boakye’s eyes.

Chaaban further admitted that Ms. Boakye had never demanded money from him since she began work at the Restaurant. According to him, he, however, heard that Abigail, an employee of the restaurant and the victim were planning to demand money from him (Chaaban).

The Supervisor maintained that he gave two cautioned statements to the Police without any compulsion.

The accused person explained that the Police, however, did not give him the chance to explain himself adding that he was also not given an Arabic Interpreter at the Police Station before those two statements were taken.

Hearing has been adjourned to June 15. Chaaban, the 26-year-old Supervisor has been put before the court for allegedly dipping the face of Ms. Boakye into blended pepper at the Abelemkpe Branch of Marwako Restaurant.

The accused is standing trial over offensive conduct, intentionally and unlawfully causing harm and assault. He has denied the charges and is on bail.

Chabaan on February 28, this year, allegedly assaulted the victim for fidgeting with the Restaurant blender and working slowly.

Due to the conduct of the victim, Chaaban is alleged to have grabbed the head of the victim and dipped her face in a blender full of blended pepper and other ingredients.