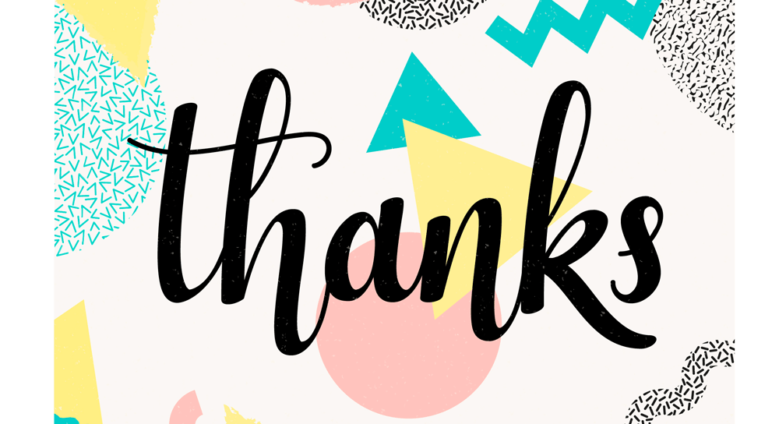 This weekend, I met a group of colleagues who work for a bank. They wanted me to know how much they enjoy these daily Messages of Motivation. One of them told me how she always found something in these passages that made her look at the world a little differently.

Another talked about how he finds it difficult to leave the house before six, because he doesn’t want to miss even a few seconds of the message as he walks from his house to his car. The third guy told me of how it had become a special moment that him and his wife would share as they drove to work every morning. No matter what they were talking about, even if they were arguing, they would stop, and the whole car would go quiet as they listened to the Message from the Morning Man.

Now, I can’t tell you what an honour it was to hear them speak so highly of my work. The truth is that these messages take quite a bit of time and effort to write, so to discover that even one person has been influenced positively by them, gives me a very warm feeling of fulfilment that makes me want to go home and write ten more of these messages! I honestly don’t think people realise exactly how much motivation can be imparted to someone through a little bit of appreciation.

Appreciation. Let’s talk about that word for a moment. I do wonder sometimes whether we fully grasp the actual meaning of the word – especially in our part of the world. The Oxford Dictionary defines it as “Recognition and enjoyment of the good qualities of someone or something”

Webster defines it as a just valuation or estimate of merit, worth, weight, etc; recognition of excellence.

The Collins English Dictionary has five different definitions: “1. thanks or gratitude. 2. assessment of the true worth or value of persons or things. 3. perceptive recognition of qualities, as in art. 4. an increase in value, as of goods or property, and 5. a written review of a book, etc, especially when favourable”

Now, the important thing to note here is that none of these three entirely credible dictionaries defines appreciation as the offering of a gift to thank someone for doing you a favour, but that seems to be the definition that many of us have chosen to apply to it in this part of the world.

Now, some say it’s a part of our culture, others believe it is nothing more than good manners. Either way, the truth is you are not likely to get much done in this country unless you are ready to show some good old Ghanaian “appreciation”. For me, the irony is that very often, these gifts we give, and prefer to call “appreciation” are going to people who have simply done their jobs. Nothing more.

The other day, I went to the bank. I needed to conduct a transaction which took no longer than five minutes. After I had concluded, I thanked the lady behind the counter and commended her for her pleasant service. As I was leaving, a mature-looking lady who was manning one of the desks in the main hall called me and asked me to sit. After asking my name, and where I was from, she proceeded to tell me off for not giving a tip to the bank teller who had performed the transaction for me. I was a little confused, so I asked politely, “Ma, please help me understand. Does everyone who comes in here tip the cashier for serving them?”

Her answer was, “No, but yours was a large amount. You should have showed appreciation to her. Otherwise, next time you come here, she won’t serve you o!”

My friends, this lady’s advice probably would have made perfect sense to some of you, but personally, I just didn’t get it. The bank teller had performed a simple money transfer – a transaction which she is paid to carry out for all customers. I just couldn’t grasp why I was supposed to show her appreciation for this, just because the amount I had transferred was large. Did she have to press the buttons on the keyboard harder just to transfer my amount? And did I not thank her, along with an unsolicited acknowledgement of her good work? Was that not appreciation?

You see, it’s not that I was stingy, and did not wish to part with a few miserable cedis. in fact, I’ve been known to tip a waiter rather handsomely, when I feel they have gone above and beyond the minimum service requirement, just to ensure a pleasurable dining experience for me, but I can assure you, that in all my years, I have never been stopped on my way out of a restaurant, and admonished for paying my bill, and not leaving a tip.

For me, this idea that, in addition to the wage we are paid for doing a job, we must find other ways of making money for the same job done, this attitude is what sows the seed of corruption in our society.

My favourite definition of the word Appreciation is by a great little website called vocabulary.com, and it says, “Appreciation is all about understanding. When you show your appreciation to someone, you are thanking them, but you’re also telling them that you understand what they have done”.

This week, let us appreciate the extra effort people put in to make our lives a little bit better. Let us appreciate them as the dictionary defines it, by showing them that we have seen what they have done, we understand the effort they put in to do it, and that we are glad they cared enough to do it for us. See if this does not put a spring in their step and a smile on their face. Now, if it doesn’t, if they expect some “Ghanaian appreciation” in addition, then you know they are the problem, and not you.

My name is Kojo Yankson, and I appreciate every one of you.