Message from the Morning Man: Friends in high places - MyJoyOnline.com

Message from the Morning Man: Friends in high places 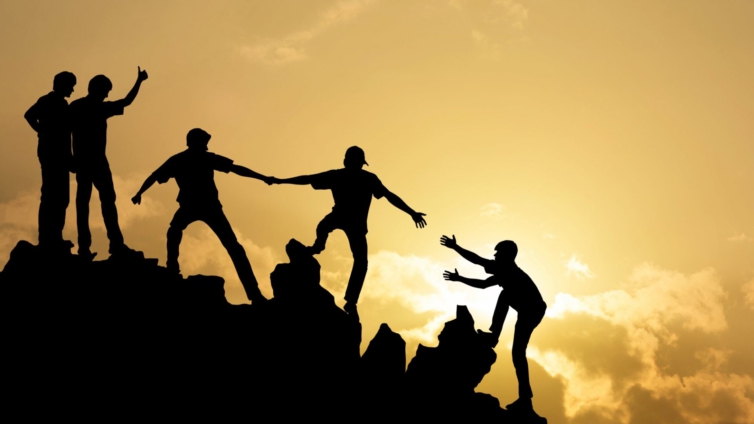 Class two in primary school was a challenging year. My friends and I used to get into all kinds of trouble. Nothing sinister – just that we were curious kids, and would often go where we weren’t allowed to go, or do what we weren’t permitted to do, just because we wanted to know. Of course, this made us lots of enemies.

The older kids considered us to be insolent little know-it-alls who were always butting our noses into things that didn’t concern us. To be honest, we couldn’t have stopped being curious even if we had tried, but ofcourse, curiosity comes at a cost, and for us, the cost was often a good hiding from one angry older kid or the other.

The more we did things others wouldn’t dare to do, the more brutal our bullies became. This situation, for us, was unsustainable. We definitely couldn’t stop being curious, but we couldn’t keep getting beaten up either. So we found a solution. His name was Isaac Awuah-Boateng. Isaac was just like us – curious, precocious, academically in the top 1% of our year group, and most importantly, his mother was Mrs. Awuah-Boateng, Class 2B teacher.

The theory was simple: roll with Isaac – who was a pretty cool kid to roll with anyway – and if anyone ever tried to bully us, he would be our get-out-of-jail-free card. That was the theory, and our premise was sound. To continue our adventures, we needed to have protection, and Isaac was protected. He was protected because he was related to someone in authority. So we also became protected by association.

In adult life, this concept is at work all around us. A friend of mine is related to a very senior policeman in Ghana. Whenever I’m in his car and we get to a police checkpoint, they wave him through. When i first started working here, nobody knew who I was, yet, I discovered that if I was ever barred from entering some place, all I had to do was flash my work ID and say, “i’m with Joy”, and suddenly, doors would open and I’d be ushered into the most privileged of places.

Just a few years ago, Ghana went looking for loans on the world market, and made it a point to tell everyone who would listen, that they had a guarantee from the World Bank. They knew that being associated to the foremost financial authority would open doors for them with investors. The principle is simple. If you’re connected to an authority, you benefit from their influence and protection.

One of the things I appreciate the most about the Christian religion is the concept of a close, personal relationship with God. This gives me great comfort every day, in my personal AND professional life. It gives me a certain boldness to speak and act without fear, because I know the power of the One who has my back.

Let me get my church on for a second. Recently, I have been learning lots about the Apostle Paul. Now, as you know, before Paul became the first missionary, he was known as Saul. And he was the scourge of the Christian faith. He put more effort and dedication into persecuting Christians than anyone else. After supervising the deaths of scores of Jesus’ followers, including Stephen, Saul had just secured a warrant to go to Damascus and raid all Christian homes and gatherings. Screaming threats of murder, he set off on his mission of intimidation and hate.

Now we all know what happened to him on that journey, but I want to draw attention to what Jesus said to Saul during that fateful encounter. Note the words here: Jesus said, “Saul, Saul, why are you persecuting me?” At this point, Saul wasn’t sure who he was talking to, so he asked, “Who are you, Lord?” And the voice came back, saying, “I am Jesus, whom you are persecuting”.

My friends, Jesus didn’t ask why Saul was persecuting Christians. No, He took it personal. He said Saul was persecuting HIM. This is where I get my strength from. This is where I get my courage from to do what is right, regardless of who may choose to persecute me for it. I get my strength from the knowledge that if you persecute me, Jesus will take it personally.

My friends, whoever you may be, whichever version of God you may believe in, I want you to be reminded of the value your creatorplaces on you. He made you, because He felt it was important for you to exist, and those who try to persecute, intimidate, or in any way prevent you from fulfilling your purpose here on Earth, will be stopped in their tracks by the One who made you.

I know that in this country, it can be a lonely and scary experience when you try to do the right thing, but do it anyway. The One who created those same people you fear, says He’s got your back. Enti wo haw ne s3n?

My name is Kojo Yankson, and I have friends in high places. Come and have a go, if you think you’re bigger than God.

Tags:
Friends In High Places
Message from the Morning Man