Message from the Morning Man: How to make a light bulb 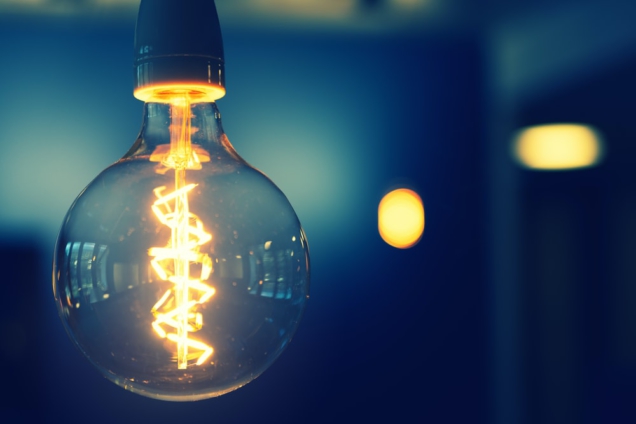 There was once a young graduate who, on a whim, applied for a job as Director of Investments at IBM. He had no experience, and barely enough qualification, but the panel were so impressed by his boldness that they gave him the job.

The following day, the mortified young man was scared to go to work. He knew for a fact that he would be fired. With a heavy heart, he walked straight into the CEO’s office and said,

Sir, I’m sorry about yesterday. I’ve cost the company ten million dollars, and so it’s only fair that you fire me”.

The CEO called in the other Executive Committee members and asked the young man to repeat what he had just said. Filled with even more trepidation, the man repeated his message:

“I’m very sorry about yesterday, and I know you must fire me, but I understand”.

The board members all burst out laughing. The young graduate was more confused than he’d ever been, but he was afraid to ask what the joke was.

Eventually, the CEO caught his breath and wiped away his tears of mirth long enough to look the young man dead in the eye and say,

“My dear fellow, why would we fire you? Your training just cost us ten million dollars!” And on cue, the room erupted into peals of laughter. The young man didn’t join in, but he did allow himself a wry smile as understanding finally dawned on him.

My friends, almost all of us have dreams and aspirations. Many of us will never even attempt to fulfill them, but a few of us are bold, like this young graduate, and will bravely venture towards achieving them, just like he did when he walked into that interview. Sadly, out of those who will venture, most of us will give up the minute the very first thing goes wrong. And I suppose it’s easy to understand why.

Our dreams are huge to us. They are the pinnacle of our potential, and so if anything about them gets messed up, it seems like a huge loss to us – a great dent in the precious value we place on our dreams. Mistakes, to many of us, are irredeemable costs when we are pursuing something as valuable as our lives’ ambitions. This is why most of us give up when things go wrong.

We evaluate our mistakes and come to the realisation that we can’t afford to make another one. So to preserve our dream in its precious state, and to protect it from the stain of failure, we simply stop trying.

But you see, we need to understand one important thing: mistakes are instructions.

When Thomas Edison was trying to invent the light bulb, he and his assistants conducted thousands of experiments, testing different components, using different materials, making costly mistakes. Every experiment that didn’t work brought them back to square one. At one point, one of his helpers got frustrated and asked Thomas why they don’t just give up and go home. Edison’s response to his assistant was simple. I’ll paraphrase:

“Every time we get it wrong, we learn one more way it won’t work. There are only so many ways of getting it wrong. Eventually, we will have no choice but to get it right. So with each mistake, we move one step closer to a solution”.

I guess the message is clear. An important part of learning how to achieve your goals is learning how NOT to do it. Mistakes are instructions, not roadblocks. Let them teach you, and not defeat you.

My name is Kojo Yankson, and it doesn’t matter how many times you fail, you only need to succeed once.