Message from the Morning Man: Kakai 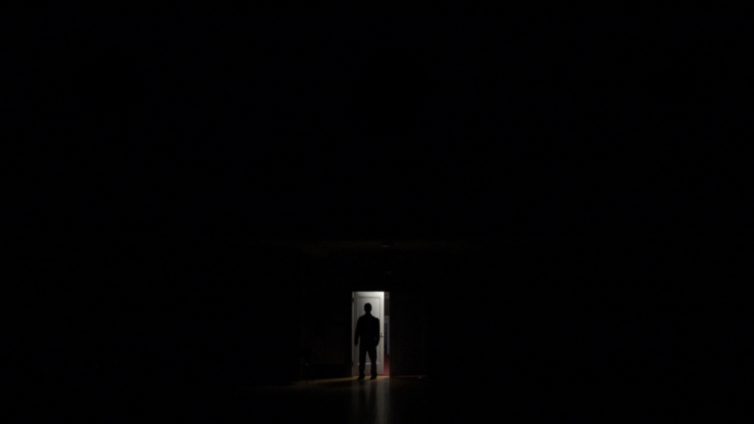 The other day, my friend Mawuena inspired me without intending to. She had been experiencing a weird problem with her electricity at home. All the lights and sockets worked in the house, except the ceiling lights in two bedrooms – hers and her brother’s. Now, Mawuena is afraid of the dark. Now, when I say afraid, I mean fatally mortified of it.

Switch off the lights and her imagination immediately takes over, conjuring up the most horrifying images of terror. So she decided to sleep in the living room with the lights on, until morning, when she could call an electrician.

Of course, when she told me about it, I immediately realised that the problem was with a tripped fuse. So I told her to find her fuse box, so I could show her how to flip the fuse back on. After a few minutes treasure-hunting, we located the fuse box. And that was when the real problems began.

In most childhood homes, there is often that one dark corner of the house where the kids are scared to go – perhaps because of the weird noises or scary shadows there. Or perhaps because Mummy and Daddy have told you that’s where the Kakai lives – the Bogeyman who will come get you if you don’t do your homework. For Mawuena, the grey fuse box on the wall in the dark corridor represented all that and more.

She was petrified, frozen to the spot, unable to take one step further toward the shadowy object that filled her with a crippling fear of untold horrors. What lurked behind the metal door?

What would it do to her? What if she got electrocuted? Probably a lifetime of unconfronted phobia, now combined with her intense fear of the dark to create a total paralysis for poor Mawuena. All she could do was repeatedly mumble, “Kojo, I can’t do  it, Kojo, I can’t do it”, slowly backing away from the dark box, until she was able to turn and run to the living room.

At first, I confess, I found it funny. Scared of a fuse box? That just made no sense to me. But to trembling Mawuena, the fear was real, and uncontrollable. She resolved to sleep in the living room as originally planned. Now, I thought that was a pity. Flipping one single switch would solve her problem and return her to the safety and comfort of her bedroom. Just one switch…

Anyway, to my surprise, after she caught her breath, I managed to convince her to give it another go. Now, I wonder what it would have been like to watch Mawuena go through the next few minutes, but I can tell you, listening to it over the phone was like something out of an adventure movie.

Little by little, she inched her way towards the dreaded fuse box, until she got close enough to touch it. With sweat pouring into her eyes, and her hands shaking more violently that an a pneumatic drill operator, she slowly reached out towards the object of her dread, taking a deep breath before her trembling fingertips made contact with the frightening fuse box for the first time in her life. Then she shut her eyes, turned the handle and pulled.

Nothing. No explosion, no crackle of electricity, no flash of lightening, no surge of power to burn her to a crisp, nothing. She opened first, one eye, then the other. Just as I had described, all she could see was a bank of switches with one of them in the OFF position. At this point, she was able to reach out and flip the switch with a lot less panic and a lot more confidence. Now that she had seen the content of the dreaded fuse box, she was no longer crippled by her irrational fear.

Irrational fear. The correct word for that is phobia. The truth is that all of us are afraid of something. Some are afraid of heights, others have a fear of flying, some are terrified of public speaking, some are gripped with dread at the thought of death. I even know some grown men who are scared witless of clowns, kaakaamotobi (masqueraders), or any sort of painted faces.

My friends, I want to suggest to you that, indeed, all fears are irrational. Think about it. If what you fear, if the thing that is keeping you paralysed, preventing you from moving forward, from taking a chance, from speaking up, from opening a box, flipping a small switch and solving a big problem – if that thing you fear is unknown, if you don’t know what you fear, then how is it rational to fear it?

In the end, the only thing standing in the way of your breakthrough is the obstacle you have placed in your own way. In spite of being riddled with terror, Mawuena made a choice. She had no idea what was in that box, so she decided there was only one way to find out. She realised it made no sense to be afraid of something she did not know. So she decided if she was going to be afraid of it, then she might as well know what exactly it is she’s afraid of. She gritted her teeth, opened the box, and conquered her fear.

If you fear the unknown, then the only solution is to know. It’s not going to be easy. You will be terrified, drenched in sweat and covered in goose bumps, but please believe me, there is only one way through this. Take a hold of your destiny and open that box.

My name is Kojo Yankson, and what I don’t know can’t hurt me.