Message from the Morning Man: Pay for Pain - MyJoyOnline.com

Message from the Morning Man: Pay for Pain 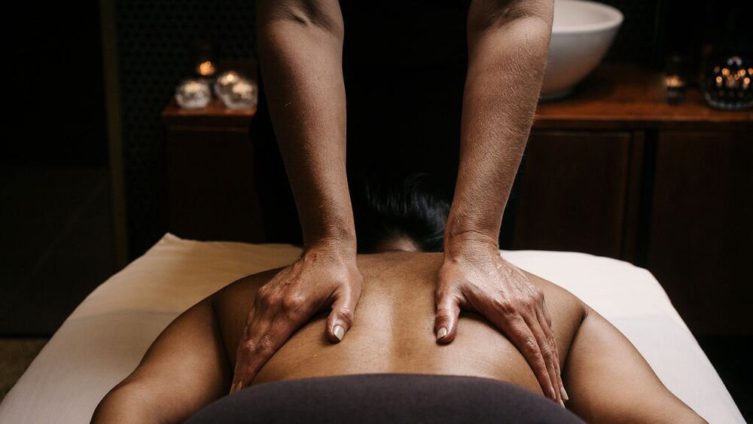 I went for a massage the other day (by the way, this is something I’d definitely recommend every now and then if you happen to have a high-pressured job with long hours).

I went to a spa in East Legon that I’ve been to many times before, and asked for a hot stone massage – which I’ve had many times before. It’s a soothing massage that combines soothing oils and smooth heated stones – very effective for ironing out the knots in your muscles and tendons.

Now this spa has a number of masseuses – all very good – but on this occasion, they assigned me someone I’d never seen before. Me naa, I should have known there was something wrong when I saw her. She was built like a Russian shot putter, with muscles in places I didn’t even know muscles could grow.

With a chest the size of a gas cylinder, this woman looked like one of those steroid-bingeing, night-club-bouncing, rugby-playing beefcakes who could crack a nut with their eye-socket.

After a handshake that I could still feel the following morning, this Herculean Heifer led me into a treatment room and shut the door. Rather nervously, I undressed and got onto the table, not entirely sure what to expect. Then the torture began.

This woman seemed to have some kind of argument with my spinal cord, and was bent on settling it with her fists. With blows that could each flatten a rhinoceros, this girl-giant battered a straight line from my neck to my waist and back again, over and over and over, until I was sure I heard something crack. I yelped in pain and half-turned on the table to look into the muscular face of my torturer. “Ei Madam, why”, I asked indignantly. “Are we competing for the same woman?”

“Ah, I’m not a lesbian o!” she retorted, her response a little too quick and her voice a little too deep for comfort. I reluctantly got back into position, but the battery had only just begun. She switched from blows to karate chops, with even more deadly effect. Each time the side of her palm connected with the pulverized flesh on my back, it sent a shockwave of such untamed violence through my body, that I could literally feel my internal organs jiggle inside me, threatening to break loose from whatever feeble tissue was holding them in place.

For one whole hour, my captor assaulted me with a repertoire of deadly moves that each felt like they were designed to kill. I’m not entirely sure how I survived the entire hour, but I’m pretty sure I blacked out at some point. Still, it was not appointed unto me to die that day, so I somehow made it to the end of the wanton walloping.

As I winced my way gingerly down the stairs to pay my bill, I was suddenly struck by a thought: why on earth did I not just get up and leave? Why did I lie there quietly and take all that abuse from that hormonally imbalanced Godzilla? And why was I now heading downstairs to pay these people good money for assaulting me?

I thought to myself: This isn’t me. I know my rights. I always insist on them. Why did I just let someone do this to me? Why am I paying for my own pain? Then it suddenly dawned on me: I do this all the time. We all do. We let people take our money and batter us all the time.

Yes, that IS a dumb thing to do. Yes, it really does make no sense to permit the people who are paid to solve our problems to actually BE our problems. We always complain that our leaders are corrupt, that they aren’t accountable to us. Well, our leaders come from amongst us, so how will they learn to be accountable if we don’t hold each other accountable to begin with?

But you know, there is only one person who can stop this madness, and that person is you. So from today, don’t do what I did. Don’t pay for your own pain. Don’t accept anything less than you deserve from those who take your money, your time, your trust, your love, your vote, and give you disappointment in return. Insist on your rights always. You paid for a hot-stone massage, not a stone-cold beating!

My name is Kojo Yankson, and I’m no longer going to take it lying down.

Tags:
Message from the Morning Man
Pay for Pain