Message from the Morning Man: The Queen’s Hotpants 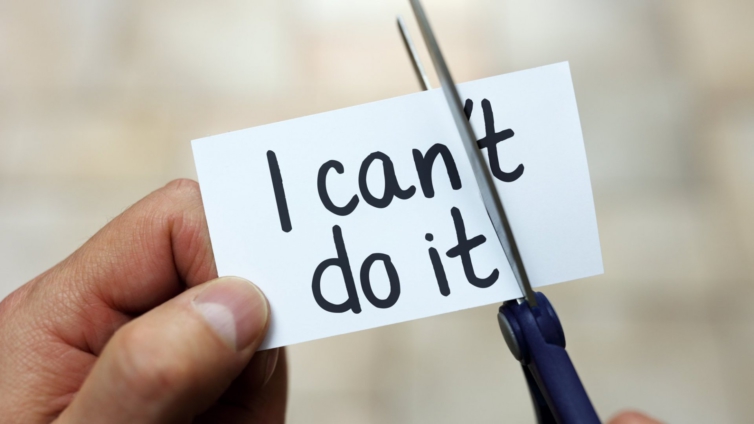 One of the toughest jobs I’ve ever had was as a salesman. From 2003 to 2006, I worked with a small firm that marketed credit cards for many British banks.

My job was to set up a stand in a supermarket somewhere, and stop people as they did their shopping, bring them to my stand, and right there, in the middle of a supermarket, convince them to sign up for a credit card.

People said no to me all day, yet, it was a commission-based job, so if nobody signed up for a credit card with me, I wouldn’t get paid. There was good money to be made, but it took a lot of effort to make it.

Not an easy job. It didn’t take much to become discouraged, to stop smiling, and adopt a negative attitude, which would, in turn, cause customers to respond negatively to you. So we had to figure out all kinds of clever ways to stay motivated throughout the day. Some of my colleagues would play games, turn work into a competition to see who could sign up the most people, some would dare each other to fit funny words like “buttocks”, or expressions like “the queen looks great in hotpants”,  into their pitch. Now, I didn’t always feel like competing, and I seriously doubted that hotpants would flatter Lizzy’s royal derriere, so I developed my own secret motivational tool.

For as long as I can remember, I’ve always had a thing for Audis. When we were kids, my dad had a white Audi 80. That thing was smooth. Looked great too, but the old man would never let me drive it. I guess that made me fantasize about having my own Audi someday.

Now, my personal favourite Audi was the A4, a smart saloon car with a frugal but powerful engine, amazingly agile and sure-footed on winding country roads, but also super-fast and comfortable on the motorways. At the time I was working as a salesman, I couldn’t possibly afford such a luxurious car, but it didn’t stop me from dreaming.

I had printed a picture of an Audi A4, which I kept in my wallet, and every time someone said no to me, I would flip open my wallet and steal a glimpse at the beautiful machine. That reminded me of why I was putting myself through all that rejection, and it never failed to put the smile back on my face, no matter how rude and unreceptive the customers were to me.

Many people quit that job because the stress of rejection became too much, but that beautiful Audi A4 got me through day after a gruelling day, for three whole years. I told myself each morning, that no matter how hard things got, I was not living in hell, I was living a dream. A dream of a beautiful car, which was to be my reward for all the snobbery and rejection I had to face minute after minute, hour after hour, in that job.

My dear friend, what’s your daily struggle? How difficult is your job? How stressful is it? How much of your time and energy does it sap from your very soul on a daily basis? Do you dread Mondays? Do you feel like you’re going the wrong way up an escalator, walking, running and getting nowhere? Do you sometimes feel like there’s just no point to all this? Well, allow me to suggest a solution: give yourself a reason.

We all have dreams. There’s something you wish for that lies just beyond your grasp. It may not be a car. For you, it may be a house, a Master’s degree, a new branch for your business, a private school for your child, an important surgical operation, a destination wedding, even a new phone. Whatever it is, make it your reason. Visualise it. Get a picture of it and keep it close. Look at it every day – in fact, look at it every hour. The thing about motivation is that it’s not like a vaccine where you take one shot of it and you’re ok for the rest of your life. You’ve got to take it daily – hourly – otherwise, it wears off.

Three years after I first placed that picture in my wallet, there was a 2-litre Turbo, Fuel Stratified Injection, twin exhaust, seven-speed Audi A4 S, Special Edition 4-door saloon, finished in Akoya Silver, with hand-stitched black leather-interior, sitting in my driveway in Nottingham – a daily reminder that if you believe your struggle is toward a goal, and you keep reminding yourself of that goal, day after a difficult day, you will get there in the end, and it will be worth it.

My name is Kojo Yankson, and they say motivation doesn’t last. Well, neither does bathing. That’s why I recommend it daily.

DISCLAIMER: The Views, Comments, Opinions, Contributions and Statements made by Readers and Contributors on this platform do not necessarily represent the views or policy of Multimedia Group Limited.
Tags:
Kojo Yankson
Message from the Morning
The Queen's Hotpants