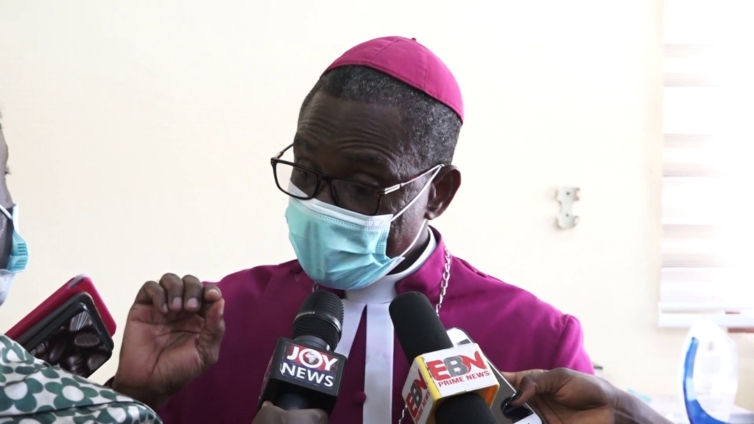 The Methodist Church is standing its grounds not to let Muslim students at Cape Coast-based Wesley Girls High School fast despite a directive from the Ghana Education Service (GES).

This follows a petition by the Ghana Muslim Students Association (GMSA) to the Presidency to allow Muslim students to practice their faith in educational institutions without inhibitions.

“What every minister or what the church is saying is contained in the release we put out a few days back, the release is simple and self-explanatory and that’s our position.

The GES directed the management of Wesley Girls SHS to allow Muslim students to partake in the ongoing Ramadan fast.

In a press statement dated May 1, the Head of Public Relations, Cassandra Twumasi indicated that students nationwide who wish to fast in line with religious obligations would not be hindered from doing so.

“The Ghana Education Service, therefore, directs authorities of Wesley Girls High School as well as any other school to allow any such student who wishes to fast for any religious reason to do so,” she said.

However, the letter noted that parents of such wards are to write to the respective schools relieving them of any obligation should such students suffer any health complications.

“The parents of such students are also directed to write to the school indicating that the school shall not be held liable for any health condition of the student as a result of the fast. Staff, students and the general public are to take note,” the GES Management stated.

Rt Rev. Prof. Edusa-Eyison also waded into the controversial LGBTQ+ Rights debate. He condemned the act, insisting same-sex marriage is strictly against Christian values and must not be entertained.

“We have said and we stand by it that same-sex marriage is not Christian, so as ministers we try to educate our members not to venture into that act,” he said.

He was speaking on the sidelines of the Northern Accra Diocese 2021 Synod Address, themed, “Discipleship: teaching everyone to live like Christ”.