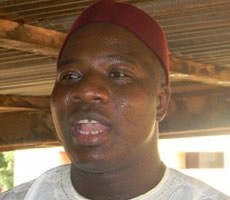 Mahama Ayariga, Deputy Minister for Education has pleaded for more time to enable him brief Parliament about measures the Education Ministry is putting in place to bridge the gap in academic performance between rural and urban schools.

Although the Deputy Minister provided some answers, the Minority probed for more specific details as to what percentage the NDC government met and the gains that have been made.

Joy FM’s Parliamentary correspondent, Sammy Darko reported Mahama Ayariga as saying that the cost of some GETFund projects have been reviewed a number of times which has caused the delay in the execution of those projects.

The deputy Minister was responding to a question posed by Ignatius Baffuor, MP for Sunyani West who wanted to find out why some GETFund projects initiated before December 2008 has yet to be completed.

Mahama Ayariga was however unable to provide the exact cost of the entire projects requesting that he will need more time to furnish the house with an up-to-date figure about the reviewed cost.

The Minority was however unimpressed.

They also expressed disappointment over the Deputy Minister’s inconclusive responses to their questions.