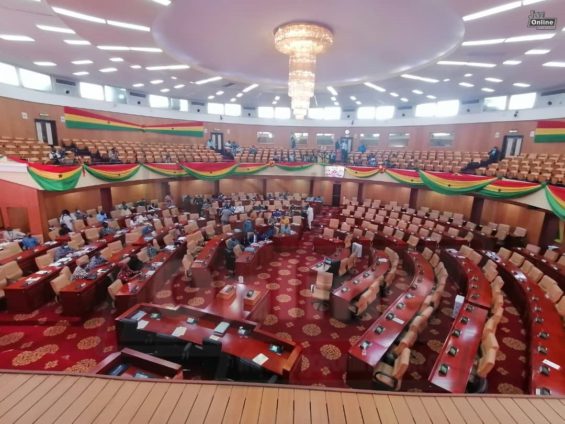 The Minority Caucus in Parliament has moved a motion to overturn the approval of the 2022 Budget statement and economic policy.

This comes just a day after an earlier rejection of the Budget by the Minority Caucus had been rescinded and approved by the Majority Caucus with First Deputy Speaker, Joseph Osei Owusu presiding over the House.

According to the Minority, the House rescinding and approving the Budget was unconstitutional and breached the House’s standing orders.

Minority Leader, Haruna Iddrisu in a press conference, stated that the purported approval of the 2022 Budget by the Majority is a slap in the face of the law, basing his assertions on Article 104(3) of the Constitution and standing order 109 of Parliament.

According to him, the combined effect of the two provisions, read in a purposive manner, points to manifest illegality on the part of the Majority, as they did not have the required numbers to approve the Budget.

“Therefore, if they claim that they respect the Constitution, they must respect the fact that today’s decision is a constitutional nullity because the Deputy Speaker has no original or casting vote. Nothing more. And therefore, they were at best, 137”, Haruna Iddrisu explained.

He further alluded to the fact that “cooperation [between the Minority and Majority] has suffered”, and thus his caucus will resort to the use of headcounts in determining all issues which will come before the House.

Meanwhile, some members of the Minority caucus have initiated an investigation into a case of impersonation of Dome Kwabenya MP, Sarah Adwoa Safo, in Parliament on Tuesday.

On Wednesday, the North Tongu MP, Samuel Okudzeto Ablakwah, told the host of Joy FM’s Super Morning Show that the Minority side suspects the lady the Majority side came in with was not the Dome Kwabenya MP.

Adwoa Safo was on extended leave at the time of the approval of the Budget by the Majority.

However, on the day of the vote, she was allegedly spotted in the Chamber with the rest of the Majority caucus.

After the voting, she left suddenly, it was reported.

This has raised suspicion from both the Minority side and the general public that it could have been the MPs sister and not her.