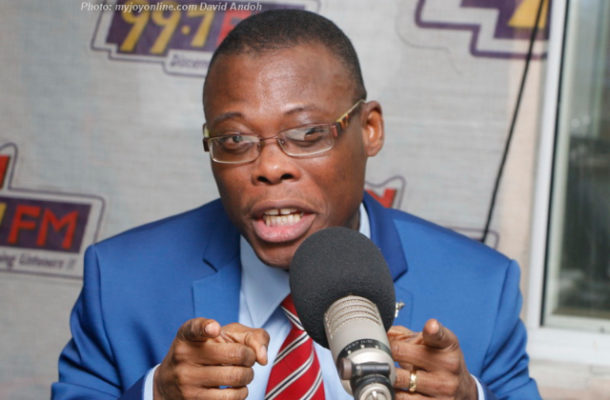 The National Democratic Congress (NDC) has defended its decision to shake up its leadership in Parliament.

The party says persons who ought to be consulted were duly engaged.

The General Secretary of the Party, Fifi Fiavi Kwetey said the decision is apt and works best for the collective other than individual interests.

According to him, former President, John Dramani Mahama was consulted and his views were duly reflected.

“What needed to be done about this reshuffling was done and the people duly consulted. All the key leaders have been consulted.

The former President, Mahama was consulted and his views were duly reflected. The new and old leaders were informed and consulted”, he said in an interview with Citi FM on Tuesday.

The current leadership of the NDC in Parliament have been changed on all fronts.

According to the party, Dr Cassiel Ato Forson has taken over from Haruna Iddrisu as the new Minority Leader. Ellembelle MP, Kofi Armah Boah will replace James Klutse Avedzi as Deputy Minority Leader.

However, some NDC legislators have expressed their opposition to the decision describing the development as a “coup d’etat” and questioning the rationale behind the change.

Amongst them is Tamale Central MP, Ibrahim Murtala Mohammed who said the timing of the decision by the party’s hierarchy is ‘wrong’.

Speaking on Asempa FM’s Ekosiisen on the same day, the audibly displeased lawmaker explained that as far as he and other colleagues NDC MPs are concerned, the current crop of parliamentary leadership have been diligent in their duties.

“The timing is completely wrong. What is the basis of changing our parliamentary leadership?” Murtala Mohammed decried.

DISCLAIMER: The Views, Comments, Opinions, Contributions and Statements made by Readers and Contributors on this platform do not necessarily represent the views or policy of Multimedia Group Limited.
Tags:
Dr Cassiel Ato Forson
Fifi Fiavi Kwetey
Haruna Iddrisu
NDC