Mixed fortunes for businesses in 2011 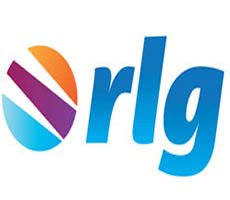 Ghanaian businesses say 2011 has generally been a good year for them even though they have had to endure several challenges.

Some of the main events to have impacted on their operations, according to a few of them Joy Business spoke to include the continuous decline in inflation, cuts in the policy rate of the Bank of Ghana and the increase in utility tariffs.

While some businesses saw significant improvement in their performance others did not.

“We didn’t just stay on the mobile phone business but we veered into other gadgets that will give us a wide range to be able to meet the kind of targets that we set for ourselves. And so 2011 in general has been very fantastic,” he pointed out.

For Cement manufacturing giant GHACEM, the year saw the firm consolidate its market share with a record production. Dr. Dorson Amoah is Director in charge of Corporate Affairs

“Cost in 2011 has been 60 per cent higher that the one in 2010, as well as the environmental tax that was introduced earlier in the year. So we have had to increase the prices of our goods quite a lot and has affected the ability of consumers to [pay for it],” Dr Amoah stated.

However for small scale traders the year has been very difficult because of the depreciating value of the cedi against the dollar.

This has made their imports expensive. George Ofori president of the Ghana Union Traders Association told Joy News depreciating value of the cedi has been problematic for them.