MLS not the end of my career – Samuel Tetteh 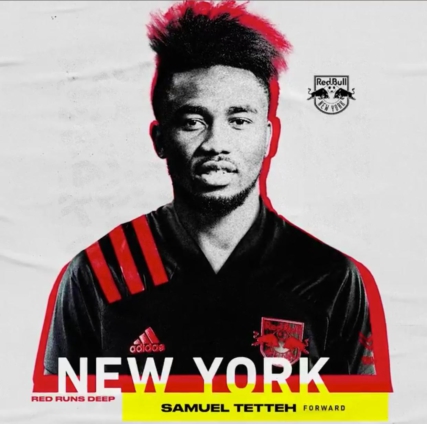 Samuel Tetteh has debunked claims that his move to Major League Soccer signals an end to his playing career.

Of course, not literally, but the MLS has been become a diluted ground for players who are close to retirement.

However, when the former WAFA player was confronted about the decision of choosing to play in America, he reinstated that his ambition is to still play in Europe.

“Of course I would want to play in the top European leagues, moving to America does not mean the end,” he told Daily Graphic.

The Ghanaian forward believes that no matter where he finds himself, the most important factor is how hard he works.

“As a professional footballer, football will take you to many places and you need to sell yourself in any league you find yourself in. So hopefully in the future I will be back in the European league but at this point in my career I must perform in America”.

Due to enforced quarantine, Tetteh is yet to join his team mates and train but he remains positive about the new season.

“I have met with the coach and some staff for now but I am not allowed to train with the team because i have to be quarantined and train individually for 10days before joining the team in regular training.

“When I am unleashed, I hope to score and assist as many goals as I can for the club so that we can win some silverware this season.”

Tetteh will occupy an international slot on New York’s roster through the end of the 2020 season with a club option to exercise a permanent transfer.

DISCLAIMER: The Views, Comments, Opinions, Contributions and Statements made by Readers and Contributors on this platform do not necessarily represent the views or policy of Multimedia Group Limited.
Tags:
New York Red Bull
new york red bulls
Samuel Tetteh