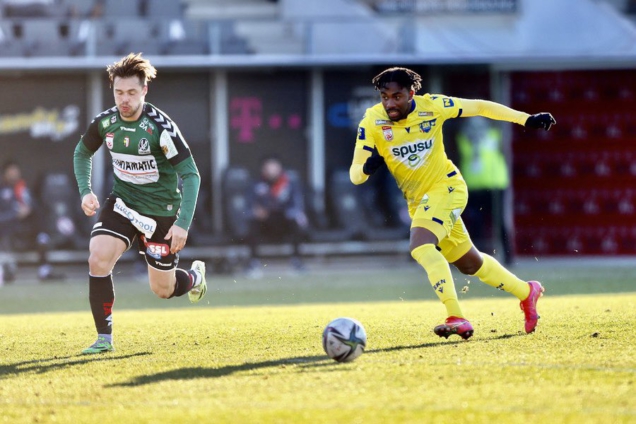 Ghana striker Samuel Tetteh struck his maiden goal for new side St Polten as they drew 1-1 with SV Reid in the Austrian top-flight this past weekend.

Tetteh scored his first goal in his fourth appearance for Polten, less than a month after joining them on loan from RB Salzburg.

Polten conceded first in the 44th minute when Patrick Schmidt scored for the home side. But, Tetteh came from the bench to restore parity with a right-footed shot.

Tetteh’s goal came with just seven minutes to the end of proceedings. He was substituted onto the field in the 63rd minute.

The debut goal is a huge boost for the 24-year-old’s confidence as he is determined to succeed at St Polten.

Tetteh has scored one goal in eight appearances for Ghana since his debut in 2015.