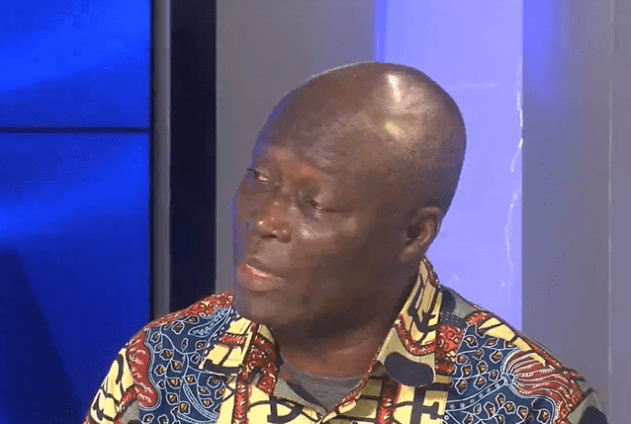 Ranking Member on the Local Government Committee of Parliament, Nii Lante Vanderpuye has lauded the efforts of some Regional Ministers for the role they played in ensuring some of President Akufo-Addo’s nominees for the Metropolitan, Municipal, and District Chief Executive (MMDCE) positions were confirmed without recording any casualties.

He disclosed that Mr Quartey and now Accra Mayor, Elizabeth Sackey paid working visits to former mayors to support the nominee. This he said led to the massive NDC representation during her confirmation.

“E.T. Mensah was there, Ishmael Ayittey and Adjei Blankson were there. All these people lend their support, talking to people. The Regional Minister himself virtually almost went to everybody. The nominee called me several times. She asked her son to call and talk to me.

“We all went in there to say she is good. She has been a former colleague in Parliament and has those attributes we see in a Mayor so let her go.

“I want to commend my Regional Minister, the Volta Regional Minister and some other regions. It took the personal relationships of those regional ministers to be able to create the sort of environment that made the approval regime become seamless,” he said.

The Accra Regional Minister, despite the opposition the then Accra Mayor nominee, Elizabeth Sackey faced after the Minister of Local Government, Decentralisation and Rural Development, Dan Botwe, released the list of MMDCE nominees, ensured that Mrs Sackey was confirmed without a sweat.

The first female mayor whose nomination led to protest in Odododiodoo and some other communities, managed to garner 30 Yes votes during the election process.

According to JoyNews reports, the Assembly members of the Accra Metropolitan Assembly were promised ‘winning bonuses’ after they gave 100 per cent approval to President Akufo-Addo’s nominee for Metropolitan Chief Executive (MCE).

Assuring them of such promise was the Greater Accra Regional Minister, who stated that “There is no cause for alarm. We told you something yesterday, and we will do it. This is because, for us, we walk the talk. So rest assured that your thing is coming’.”

For the Volta Region, Dr. Archibald Yao Letsa ensured that the majority of the President’s nominees were confirmed without any form of tension.

Among those confirmed under his watch were, Ernest Victor Apau, who was retained as District Chief Executive for the Ho West District Assembly, Thomas Moore Zonyra, retained as DCE for Central Tongu, and Emily Emefa Adzimah, the only female nominated by the President as DCE for Agortime Ziope District.

Meanwhile, Nii Lante Vanderpuye is of the view that any government that is sensitive to development and growth of this country should give very thoughtful attention to local governance.

The MP for Ododiodiodoo Constituency noted that the Minority raised concerns about MMDCEs due to the delay in their appointments by the incumbent government.

His comments come at a time when the Minority in Parliament has demanded a re-run of the confirmation processes of some MMDCE nominees.

This is due to several confrontations witnessed during the confirmation of some MCEs and DCEs.

In Wa, there were mixed feelings among Assembly Members, the political class, and observers present at the Wa Municipal Assembly Conference Hall when at the end of counting of ballots, Alhaji Moomen secured 29 Yes votes as against 16 No.

The heavy presence of armed police personnel did not prevent tempers from rising inside the hall. This resulted in pockets of violence that led to the arrest of two persons.

Nii Lante Vanderpuye, who has been equivocal on the matter bemoaned the use of force on Assembly Members, prevention of qualified members from entering voting centres plus the forceful eviction of some members from voting centres.

He insists that such developments nullify the confirmation of some of the nominees.

DISCLAIMER: The Views, Comments, Opinions, Contributions and Statements made by Readers and Contributors on this platform do not necessarily represent the views or policy of Multimedia Group Limited.
Tags:
Dr Archibald Yao Letsa
Henry Quartey
MMDCEs confirmation
Nii Lante Vanderpuye