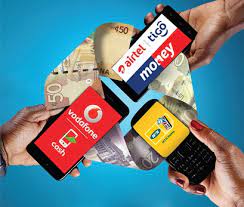 Total value of mobile money transactions hit ¢476.7 billion in the first half of this year, data from the Bank of Ghana has revealed.

According to the Bank of Ghana, the total number of transactions was however estimated at 1.938 billion.

This shows that many more Ghanaians have embraced the mobile banking concept, as the country deepens its agenda towards a cash-lite economy.

From the data, the total value of mobile money transactions was higher in the second quarter of this year. It was estimated at ¢259.4 billion, as against ¢217.3 billion in the first quarter of 2021.

For mobile money interoperability, that is the transfer of cash from one mobile network to another, the total value of transactions in the first six months was estimated at ¢7.75 billion, far higher than the same period last year.

The total number of registered mobile money accounts stood at 44.3 million in June 2021, a significant growth over the same period of last year which was 33.1 million.

However, active mobile money accounts was 18.3 million in the first six months of this year, as against 15.5 million a year ago.