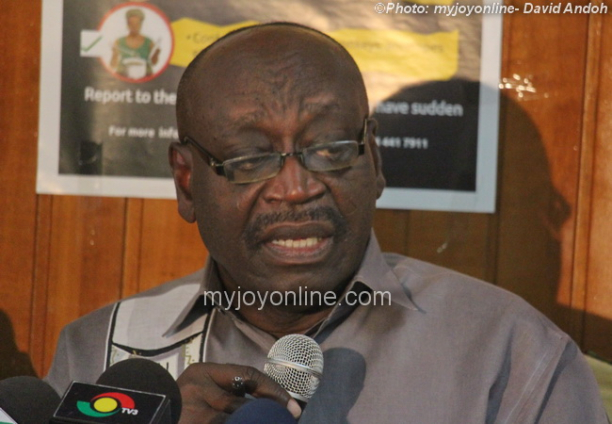 Ministry of Health has begun the process of insuring all its installations across the country.

This comes after the fire incident at the Central Medical Stores in which more than GHÈ»200 million worth of medications and equipment were destroyed.

Dr Agyemang at a news conference today said the ministry’s move to save its installations will begin with the regional outlets.

“I have directed that plans should be put in place to insure all regional stores are insured as a matter of urgency.”

He indicated that the ministry has also put in place a temporary warehouse to store supplies in transit, to supplement those at the regional stores.

It has been more than 48 hours since fire ravaged the central stores in Tema, with officials of the Ghana National Fire Service unable to put out the fire.

Joy News correspondent Kwakye Afreh Nuamah, who is presently at the scene, reports that officials do not have enough water to fight the fire but a greater part of the blaze has been doused.

Firefighters at the scene have also complained about the insufficient supply of protective gear to fight the fire.

A report on the fire outbreak is expected to be presented to the Health Minister, Kwaku Agyemang Mensah.

Meanwhile, insurance companies in the country say they are ready and have the capacity to insure all of Government’s key installations.

President of the Ghana Insurance Association, Ivan Averiyeh said “most insurance companies and for that matter our industry have the local and international capacity to carry all these risks.”

He said interdependence among insurance companies allows direct insurers to share risks that may be associated with huge investments reducing the impact of the loss during disasters.

An insurance consultant and legal practitioner, Larry Kwasi Jiagge in an interview with Joy News said the Health Ministry has absolutely no excuse not to insure its facilities because the amount of risk involved is low – nothing the insurance companies cannot handle.

“The fact is that the risk of contents in a warehouse is not anything that an insurance company cannot underwrite. Insurance companies in Ghana are underwriting Tema Oil Refinery, BOST, GOIL and those in the regions we regard as very high risk. The cost of managing a warehouse risk is absolutely minimal. It should be as low as .01to 0.15 for a year and that is absolutely very low.”

Mr Jiagge was adamant that it was therefore inconceivable for the health ministry to say that insurance companies were not ready to insure their facilities.