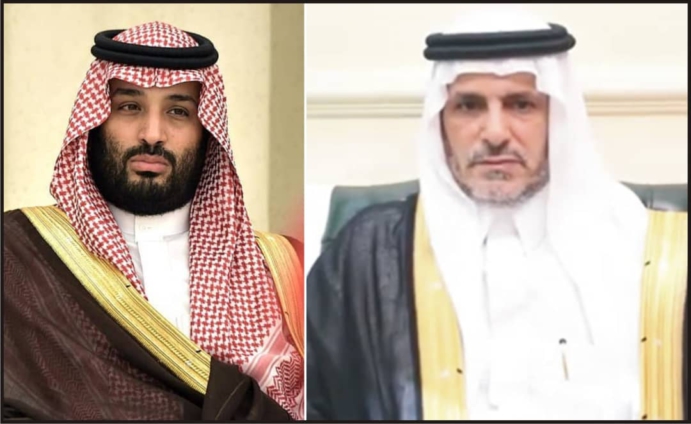 A nation’s fate certainly should not rise or fall with the price of oil. This view birthed the Saudi Vision 2030 by a young 36-year-old visionary and transformational Crown Prince of Saudi Arabia, Mohammed Bin Salman Bin Abdul-Aziz.

Widely referred to as MBS, the Crown Prince is popularly seen in many African countries as the Kwame Nkrumah of Saudi Arabia who will lead the Arab Gulf superpower into a new explorative dream that will change the economic architecture of  Saudi Arabia and perhaps become a model for the entire Gulf region.  When the right leader takes charge, the right things get done and society changes for the better.

Bold and courageous, the pragmatic young nationalist, MBS, is a great fighter of graft who believes in a Saudi Arabia greater than it is now, competing globally with respect and honour in the comity of nations. His vision encapsulates a nation reliant on its own strength with its citizens living decently and freely contributing to national development.

The Saudi Vision 2030 emphasises a tactical diversification of the Kingdom’s source of revenue, by simply reducing its over reliance on oil revenue and building additional revenue streams in the areas of energy, tourism, sports, entertainment and international trade, among others.

Cognisant of the enormity of such a paradigm shift in a religiously conservative country, whose welfare and image is important to its own citizens, as well as it’s over one-billion worldwide ‘’citizens’’ associated with the country by their religious faith, the Crown Prince envisioned game-changing projects that can rapidly deliver the desired results within a decade and half.

The inclusion of Majisdul-Haram in Saudi Vision 2030 with the Grand Mosque facelift budgeted at a whopping US$23billion within 10 years has positively magnified the image of the Crown Prince across the Islamic world and silenced his critics, both home and abroad, who considered his reform agenda as too liberal to the doctrine of Islamic faith.

This single gesture improved his ratings and legitimacy and positioned the Vision 2030 as a great evolution that would make the Kingdom great in the future.

One critical point that has to be made clear is that the demographic statistics of the Kingdom seem to favour the Crown Prince’s reform agenda, since about 70% of the Kingdom’s 34million population is below 30years.

Therefore, his ability to carry out youth-centred reform policies and programmes and breaking barriers of cultural isolation and dogmatic religiosity experienced by the youthful population of the Kingdom, will provide him with overwhelming support in the country.

Supported by the Ibn Saud University-trained Islamic Law economist, Mohammed Al-Jadaan, Saudi Arabia’s economy is focused, with prudent public financial management and fiscal discipline. Today, the zero tolerance for corruption in Saudi Arabia and the increased attention to invest surplus revenue and windfall into viable projects and in the reserves are laudable.

The 2021 recorded a budget surplus of US$24billion – the first ever in 8years. It boosted confidence in the ability of the managers of the Saudi economy and hopefully, they will chalk another feat if the projected 7.4 percent 2022 FY economic growth is achieved.

The opening up of the movie and entertainment Industry with Riyadh’s hosting of the XP Music Conference in Saudi is part of the Crown Prince’s economic diversification agenda which is bearing fruit.  Several millions of dollars have already been raked into the Saudi economy with further projections by industry players.

As a result,  the Kingdom will emerge as a vital market for the music industry. The sector’s contribution to Saudi’s economy could even reach US$1billion annually from 2025. Aside this huge economic benefit, the sector will harness the talents of young Saudi artists and promote the creative arts industry of Saudi.

These are all feats chalked by the Crown Prince at home,  bolstering his legitimacy abroad which allies must not overlooked.

‘’We don’t have the right to lecture you in America…. the same goes the other way’’, he told the Biden administration.

This bold and courageous advice to the Biden administration by MBS in an Atlantic news interview this year has sent a strong signal to Washington that despite the young pragmatic Crown Prince’s readiness in consolidating the Saudi-US historic relations, the Kingdom is not the 51st State of the USA and should be treated with respect as a sovereign country, of equal status with the United States.

Although one appreciates the principled stand by President Biden not to deal directly with MBS, but rather with King Salman, citing the need for equal status in leadership between the United States and Saudi, many commentators believe Biden’s stance is informed by his pre- election campaign promises to hold MBS accountable for the alleged murder of Jamal Khasoggi as well as the Saudi’s role in the war in Yemen.

Much as I believe in international justice, I still think strained relations between these two historic allies is absurd and hurting the world, and would hurt it much bigger into the future.

One Example is the Russia-Ukraine war, where Saudi could have played a significant role in hurting Putin and destabilizing him economically, by pumping more crude into the world market. Yet Biden’s cold attitude to Saudi Arabia could not make him achieve this simple diplomatic and economic victory.

Aside the huge Saudi investments in the United States, which according to Wall Street source is hovering around US$800billion, there are countless reasons why every American government, be it, Democrat or Republican, is eager to court Saudi Arabia, hence a strategic rethinking in making the Crown Prince a favourite of Washington is imperative.

Evidently, the adventurous war by Saudi, in leading a coalition to battle the Teheran-backed Houthi movement, rages for nearly seven years, resulting in several thousands of deaths. Also, when the CNN broke the news that the US intelligence believed Saudi Arabia is building its own local ballistic missiles with the support of Chinese technology, the story sent shiver across the Middle East and to its arch-rivals.

These are clear indications that MBS is not only interested in local economic and social reforms, but thinking of the Kingdom’s consolidation of its position as the powerhouse of the Arab Gulf region.

It is usually common among young dynamic leaders to patently emphasise territorial integrity and legitimacy of their sovereignty. MBS is no exception.

Luckily, in Ghana, Saudi Arabia has an envoy of extraordinary abilities and diplomatic skills who promotes the Royal Kingdom with his warm smiles and friendship. He makes people believe Saudi Arabia is the best place on earth and champions the reforms and Vision 2030 in his country which attracted some of us to delve into the Kingdom’s progress.

Undoubtedly, MBS is a transformational leader and a role model for the African youth.

Again, when the right leader takes charge, the right things get done and society changes for the better.

Mustapha Sanah is a development management specialist and Executive Chairman of the Northern Development & Democratic Institute, NDDI, a Tamale-based premier public policy Institute. He chairs the Board of four private corporate entities and also serves as the External Relations Advisor to the King & Overlord of Dagbon, Ya-Na Abukari II.

DISCLAIMER: The Views, Comments, Opinions, Contributions and Statements made by Readers and Contributors on this platform do not necessarily represent the views or policy of Multimedia Group Limited.
Tags:
Middle East
Mohammed Bin Salman Bin Abdul-Aziz.