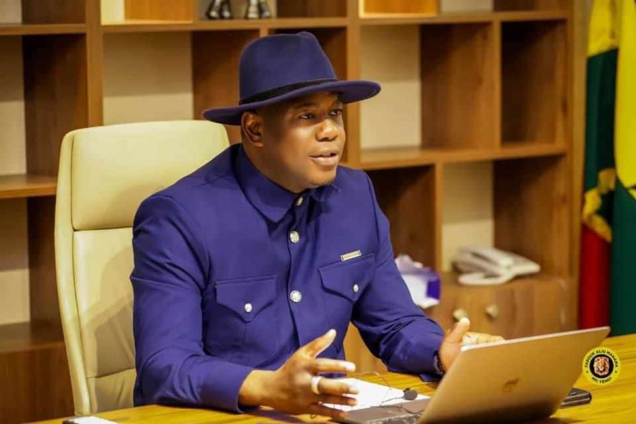 Growing up in Yendi for the past 20 years, I have had the experience of witnessing multiple leadership roles played by different people as Members of Parliament for the Yendi Constituency.

It has always been the norm for leaders to lead the development of the municipality in every facet of life; from human development, infrastructure development, and personal relationship management, among others.

I have equally witnessed and heard dissenting opinions of various leadership styles exhibited by persons who have had the privilege of leading the constituency.

Incidentally, ‘titles’ were being used to lead us notwithstanding the efforts that were undertaken in lobbying for development for the Municipality. All the MPs who had the opportunity of representing us in parliament did their best for the constituency; they served us well in the peculiar circumstances we found ourselves in the constituency. Just for emphasis, from the year 2000 to 2016, our MPs both NDC and NPP served us well.

Leadership is about service to people! The primary focus of every leader must be to use his/her personal resources for the development of the people. Prior to the 2016 elections, the constituency witnessed the true and proper interpretation of a famous Chinese leadership proverb “The man who removes a mountain begins by carrying away small stones.”

Against all odds, the current MP used his own resources to renovate a mortuary for the benefit of the Municipality. This marked the beginning of the constituency’s journey to greatness. I may be wrong, but the such a benevolent act has never been witnessed in the constituency’s history since its creation. You may disagree but the 2016 parliamentary election results give credence to the appreciation of the masses in this singular act.

Where there is no vision, the people perish! In the lifetime of our constituency; the singular act of the MP to create a vision of the New Yendi City (NYC) which gives us a brand to attract investors, change the perception of war-torn area to a peaceful destination for development, among others led to a number of development either coming through him or by him: the partnership in the construction of a multipurpose emergency centre, the operation ‘brightens all corners’, the youth employment drive across sectors, the agricultural inputs, the scholarships, among others.

These projects and initiatives remain a testament to what vision can do for a group of people. His vision of NYC, resonated well with the youth, hence the ignition of various advocacies in demand for better services from politicians and civil servants.

A leader’s first responsibility is to define reality; the last is to say thank you. The MP has since taken up the mantle and defined the reality of his constituencies through his personal donations of him at every festive occasion, reaching out to marginalized groups such as women, Persons with Different Abilities (PWDs), the youth, and religious bodies, among others. The depth at which he understands the reality of his constituents certainly transcends politics to his core faith as a Muslim and the continuation of the legacy of his father.

He certainly proves that a leader is a dealer in hope! For in hope, he came to the aid of Yendi SHS during their food shortage, for in hope thousands of bags of sugar and rice are given to his constituents at every festive season, for in hope, 100 cattle were donated for his constituents, for in hope, he paid the mock exams fees for BECE, the list is endless. You may not understand the relationship between the reality of what he does and leadership, but I guess you have read about Servant Leadership! Next time you are asked to define it, kindly write ‘Alhaji Farouk Aliu Mahama!

Sir Winston Churchill said, “The nation will find it very hard to look up to the leaders who are keeping their ears to the ground”. Sir, you may be right but in the context of our current leadership in Yendi with regards to the MP; you are totally wrong!

Are you aware he has an office where people can reach out to him in Yendi? are you aware he participates in almost all social, religious, and political events in Yendi? Should I tell you he plays football with his constituents? For him, I believe he can be likened to that the jugular vein, for he is closer to the constituency than the jugular vein.

Become the kind of leader that people would follow voluntarily, even if you have no title or position. It is an open secret that the current MP’s loves know no boundary. His name has become synonymous with humility, love, and development. He has reignited the enthusiasm of the youth in leading change through leadership.

He continues to be a servant to many constituents in and outside the constituency. He influences and inspires the youth to work towards their dreams. These ingredients of leadership being exhibited by the MP certainly are building a foundation and a fertile ground for prosperous youth development.

Abraham Lincoln said, “Nearly all men can stand adversity, but if you want to test a man’s character, give him power”. The people of Yendi tested you with power; you have passed the test in faith, in character, in your work and in humanity. You have demonstrated beyond reasonable doubt that; you are here to serve. Thank you, ‘Talk and Do’, as many affectionately call you in Yendi.

Never get discouraged by what people say, they will always be dissenting voices, but you have earned the respect of many who love humanity and development.

I may be the first to congratulate you on your second term as MP for Yendi. Congratulations Sir! Posterity shall judge you well as a man who lived for the people and by the people.

DISCLAIMER: The Views, Comments, Opinions, Contributions and Statements made by Readers and Contributors on this platform do not necessarily represent the views or policy of Multimedia Group Limited.
Tags:
Farouk Aliu Mahama
Mohammed Fusheini
Yendi Constituency