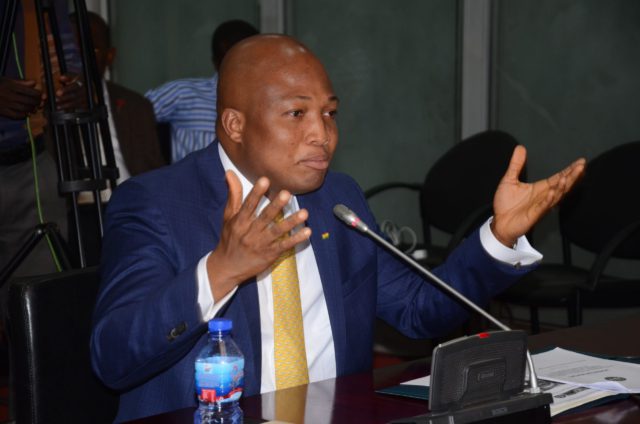 Member of Parliament for North Tongu, Samuel Okudzeto Ablakwa, has described as farfetched “this somehow morbid fear that we may sometime in the future have an authoritarian Speaker who wants to probably victimise particular Members of Parliament.”

The fear stemming from the recent referral of three MPs to the Privileges Committee by the Speaker, Alban Bagbin, suo moto, is being stoked by Minority Chief Whip, Muntaka Mubarak who believes such an action could set a dangerous precedent for successive Speakers in the future.

Speaking on JoyNews’ PM Express Tuesday, Mr Mubarak noted that allowing Alban Bagbin to get his way will pave way for future Speakers to abuse their authority by referring MPs to the Privileges Committee at their own whims and caprices without following due process.

However, Okudzeto Ablakwa says there is no cause for alarm.

According to him, “if you don’t want to be victimized as an MP, come to work, just attend proceedings. So if you miss 15 sittings I mean, I won’t call that victimization if a Speaker on his own decides to refer your conduct to the Privileges Committee.”

“If you are punctual, you’re diligent with your work, or if there is a true emergency, the law provides under Article 97 (1) (c) that seek permission. So if you didn’t seek permission and you made no effort to bring whatever emergency situation is happening to you to the Speaker, to leadership of the House, and then a Speaker decides to take you on, I don’t see how we can describe that Speaker as a dictator or authoritarian somebody who is mean and doesn’t like MPs. I think that would rather be a good Speaker who we should encourage to have many more years down the lane in the future,” he said on JoyNews’ PM Express Wednesday.

He further added that it is impossible for a Speaker to automatically declare a Parliamentary seat vacant without first referring the matter to the Privileges Committee.

He explained that the rule of natural justice would prevail, and the MP would be given a fair hearing in such an instance.

“So no Speaker no matter how dictatorial, no matter how scary that Speaker may be, he cannot on his own just pronounce that this MP is out, we are going for a bye-election next week. You cannot do that.

“The Privileges Committee must come in and you must be heard. The principles of natural justice. You will be heard if there’s any justification for your truancy. So I really think we are stretching matters,” he said.