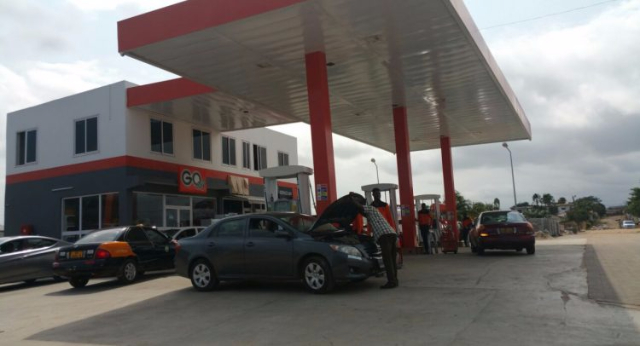 A fuel station at Mile 7 in Achimota, a suburb of Accra, belonging to the Member of Parliament (MP) for Ayawaso East, Mahama Naser Toure, that was demolished by the Ga West Municipal Assembly has been rebuilt.

The station was demolished last year after the deadly floods that swept across the capital, claiming over 150 lives at the Kwame Nkrumah Circle.

However, just a year after the June 3rd twin rain and fire disaster, the fuel station has emerged from the rubbles.

The fuel station, according to the Municipal Chief Executive (MCE) for Ga West, Sam Atukwei Quaye, was demolished because it had no permit and that it was built on waterway, causing flooding when it rained.

When Daily Guide visited the place, the fuel station was busily operating, with vehicles trooping in and out as nothing had been done to change the situation.

Assembly officials at Amasaman were however tightlipped on the issue.

Residents and traders in the area who spoke to Daily Guide on condition of anonymity, said they were surprised that the filling station had been rebuilt, in spite of the problem it is likely to create when it rains heavily.

They were of the belief that because the MP is a member of the ruling National Democratic Congress (NDC) he had been allowed to rebuild the demolished facility.

“This government does not think about the lives of the people because if they did they would not have allowed the man to rebuild the station which poses danger to everyone here,” he lamented.

The paper is yet to find out whether the owner of the filling station has now acquired permit to operate there and whether the station will not cause any floods when it rains heavily.

In an attempt to get the MCE to explain why the station has been rebuilt proved futile.