Mr. Eazi gives me a sense of peace – Nigerian actress Temi Otedola speaks about her fiancé 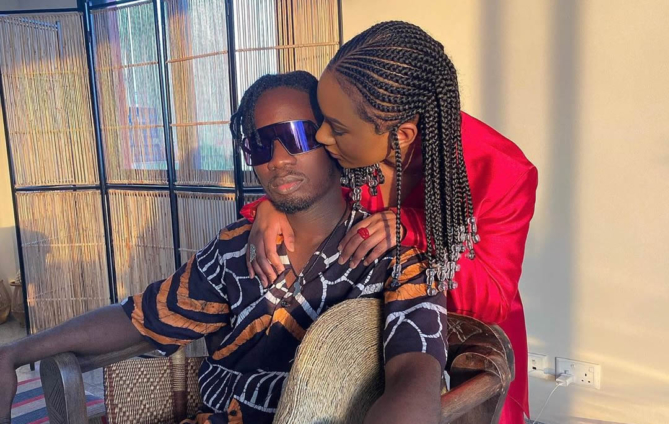 Nigerian actress, Temi Otedola, has opened up about her relationship with singer, Mr. Eazi.

In an interview on Beat FM on Friday, she revealed that the sense of peace that fills her when she is with the ‘Leg Over’ hitmaker made it certain he was the one for her.

According to her, she has never felt like that with any other partner in the past, but Mr. Eazi. She called that feeling “home.”

Temi Otedola said that, “it’s not even something about him, I think it’s just a feeling or a sense of peace, I can’t feel with anyone else. Feeling like you found your best friend, your person, your soulmate. I don’t know how to describe it, it’s home.”

In April, Mr. Eazi proposed to his girlfriend, Temi Otedola.

In the 18-second video shared on Twitter, Mr. Eazi is seen kneeling to place what looks like a ring on her finger with a lake in the background.

Temi Otedola later shared a picture of her ring. In the photo, Mr. Eazi kissed Temi’s hand with the ring on it.

Meanwhile, the actress noted that she has not started planning her wedding yet.

Temi Otedola said she wants to enjoy being engaged before they tie the knot.

However, she has begun saving some wedding-related pictures and items ahead of the planning process.

“I feel like before you start planning for the wedding, you can just enjoy being engaged. I just enjoy that. That’s great. I miss my fiancé but it’s all good.”