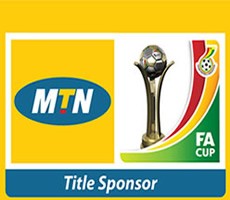 Ghana Premier League side, Sekondi Hasaacas were knocked out of the 2015-16 MTN FA Cup after losing 5-4 on penalty shoot out to Okwahu United.

The Sekondi-based side who qualified to the final 16 after dispatching Okyeman Planners in the round of 32, could not find the way through to the last eight despite taking an early lead in the game.

Yussif Basigi's boys took the lead courtesy of Samuel Afful’s goal after 24 minutes, but Richard Appiah cancelled it out early on in the second half.

Both sides spurned chances to walk out of the pitch glorious and the result had to be decided from 12-yards.

Okwawu United were more clinical, finding the back of the net with ease, while Hasaacas stumbled in their third kick.

And Okwahu United book a ticket to the final eight teams, surmounting another hurdle as they seek to drive to Cape Coast on August 28 for the final at the Cape Coast sports stadium.

Wa All Stars advanced to the quarter finals of the MTN FA when they defeated Mighty Royals on Sunday at the Wa Park.

Maxwell Baako fetched his side a brace, while Emmanuel Ocran and Ishmael Ganiu scored each to end the first 45 minutes.

Wa All Stars continued their search for more goals in the second half and it came as a matter of course as Nana Tei Horsu and Muniru Idrissu sealed the doom of Might Royals with the 5th and the 6th goals.

Wa All Stars have joined fellow premier league sides: Kotoko, Bechem United and Liberty Professionals in the battle for supremacy in the last 8.