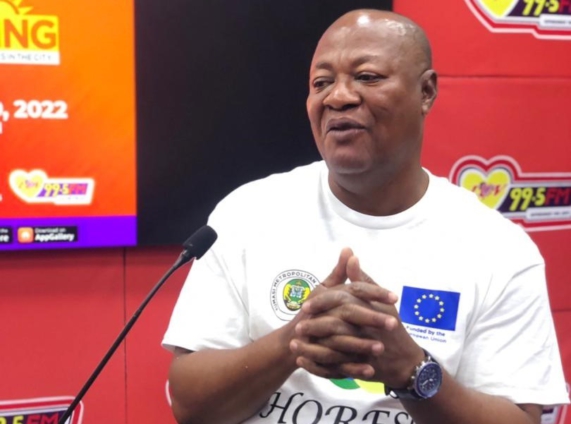 Metropolitan Chief Executive of Kumasi, Samuel Pyne, is blaming authorized quarters, including the Police Motor Traffic and Transport Department (MTTD) and city guards for allowing vehicles to park indiscriminately at the city center.

The mayor says he is informed of ‘underhand dealings’ of some persons of the traffic regulatory authorities.

He is partly attributing the lasting challenge of vehicular congestion at the city to the illicit behavior of the traffic guards.

“Let me be blatant with issues, some people are not helping us, including the MTTD. How many times haven’t we spoken with the bosses of the MTTD? They are to make sure these cars don’t park anyhow. They are part of it. We get reports of underhand dealing. The people that are supposed to do the work are being accused of taking bribes to allow or perpetuate that action,” he emphasized.

The city centre of Kumasi is inundated with road users and traders, affecting the free flow of both human and vehicular traffic.

Attempts by authorities to decongest the central business district have proven futile over the years.

Some commercial drivers relentlessly make indiscriminate parking despite several directives to pick up or alight passengers at appropriate places.

“We’ve approved some places for on-street loading including the Adehye market. But some drivers still flout them. We’ve met severally with the leadership of the transport operators on places where only two vehicles are allowed to park but leave immediately. But the drivers are not heeding,” Mr. Pyne told David Akuetteh on Luv In The Morning on Luv Fm.

Many of the commercial drivers boldly defy orders with confident backing from corrupt MTTD officers and city guards.

The mayor is urging members of the public to report officers complicit in the illicit act with video footage to substantiate their claim.

“I have reported to the regional Police commander on the conduct of his boys and also had discussions with the city guards and even given them warnings that anyone we get will not leave the person off the hook. We are entreating pedestrians and road users to take videos and pictures to provide proper evidence of any of our men involved in this action,” he said.

To tackle the frustrating challenge of vehicle meandering through the congested market, personnel of the MTTD and the city guards were equipped with the relevant education on road safety and traffic monitoring.

Mr. Pyne indicated the metropolitan assembly collaborated with the Bloomberg Initiative for Global Road Safety project for the training.

“We have collaboration with the Bloomberg Initiative for Global Road Safety project. Through that we’ve trained most of our city guards, MTTD staff and relevant education regarding road safety. As part of this organization with our transport department, we have also commissioned a team that is tasked to check this indiscriminate parking daily. The team is to ensure that people who park illegally are brought to order,” he said.