Music is an anchor of Ghana’s tourism, treat it right! – Ruddy Kwakye 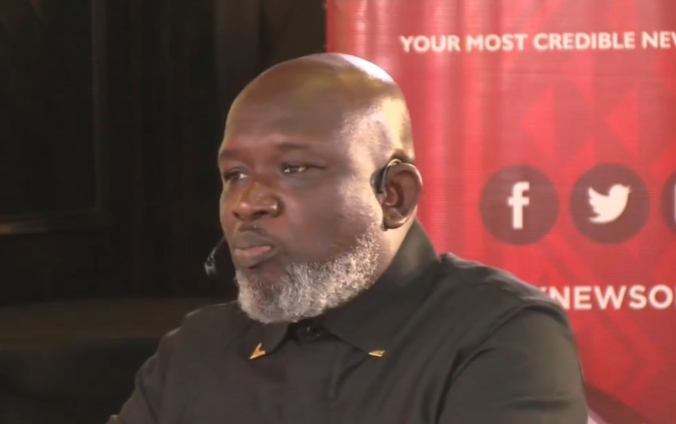 Over the years, many have supported legendary Bob Marley’s assertion that when music hits you, you feel no pain.

CEO of Rave Media Group, Ruddy Kwakye, thinks it does even more, and thus deserves a better standing.

He opined that music plays a huge role in Ghana’s tourism success in recent years. He made this assertion during Joy Entertainment’s thought-leadership forum, Showbiz Roundtable, held at the Labadi Beach Hotel last Saturday, under the theme, ‘Music Business and Tourism.’

According to Ruddy, Ghana has become a holiday destination for many, not only because of the many tourist attractions, but also because of the power of music. “We are not necessarily the most pristine sites to come to, our beaches aren’t that clean but people forget all of that and forgo other spaces and decide to put their tourism dollars here. That anchor is music”, he explained.

Ruddy believes the biggest “pull factor” in Ghana’s December successful event chronicles lies in music. He cited how music events such as Afro Nation, an event that has stamped its authority and proven to be one of the best go-to events in December attracted about 9000 music fans from across the world to Ghana.

He said same for Sadiq Abdulai Abu’s Wildaland Festival which happened at the Shai Forest Reserve last year. The music event happened at a location (Shai Hills) which is arguably least visited by many Ghanaians yet, pulled thousands of music fans to not only enjoy music, but explore the tourist site. “I am sure that period was probably the largest numbers they’d seen at a certain point in time, and music made it happen”, Ruddy asserted.

Ruddy Kwakye thus believes music, its business and all related matters should be given maximum respect and treated right, because “it is that one thing that establishes that draw, the anchor that pulls in [people]”. Unfortunately, stakeholders and the government have failed to come to the realization that music played a huge role in 2019’s 4th highest earner for Ghana – tourism.

The Showbiz Roundtable was organized by Ghana’s most authoritative entertainment talk show, Showbiz A-Z on Joy FM, hosted by George Quaye. It was powered by Joy Entertainment and sought to deliberate on pertinent aspects of the creative arts industry including artiste PR, tourism, music, GDP, contracts, royalties and others. Ruddy Kwakye was joined on the panel by Panji Anoff, Sadiq Abdulai Abu and rapper Trigmatic, with Rex Omar and Uncle Ebo white as Keynote Speakers.

DISCLAIMER: The Views, Comments, Opinions, Contributions and Statements made by Readers and Contributors on this platform do not necessarily represent the views or policy of Multimedia Group Limited.
Tags:
Joy Entertainment
Ruddy Kwakye
Showbiz Roundtable