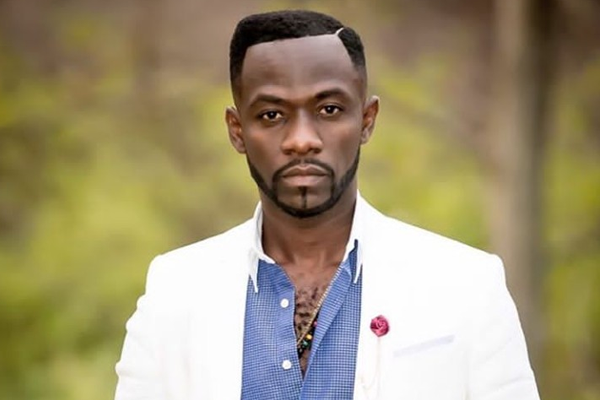 Rapper Okyeame Kwame says he would have avoided being accused of taking his share of government’s ¢2 million, meant for the Musicians Union of Ghana (MUSIGA) if he had listened to Mark Okraku Mantey.

In an interview on Daybreak Hitz, on Hitz FM, he said before he joined MUSIGA, the President of the Creative Arts Council had warned him not to work for the Union.

Okyeame Kwame said he refused counsel and went to work for the Union for a little over a year as the Public Relations Officer.

“Okraku Mantey called me and said, “‘stop, Kwame stop! You’re my son.’ I didn’t listen, so, I have gone to face what I am facing,” he told Andy Dosty, host of the show.

Okyeame Kwame revealed he worked for little when he was with the Union.

He revealed that at some point he and Rex Omar, who was also at the Union, had to forfeit their pay for that of MUSIGA’s accountant.

“When I worked at MUSIGA, the net of all monies I took was ¢2604 because I was taking ¢200 a month…It got to a point where the accountant wanted to be paid ¢400 more than what she was being paid, Rex Omar and I forfeited our pay added it to that of the accountant.”

The ‘Faithful’ hitmaker believes everything happens for a reason so he sees the accusation as another trial he has to overcome.

Gyedu Blay Ambolley, in an interview, accused Okyeame Kwame along with some other musicians including Tic Tac, Bessa Simons and Ben Brako for receiving ¢50,000 each from government’s GH¢2 million given to MUSIGA.

Okyeame Kwame unhappy about the statement threatened him (Ambolley) with a suit for making defamatory comments about him.

The veteran artiste was given 72 hours to apologise to which he requested for a week, to get his facts right or come up with the apology.

However, in a recent interview with Joy Prime’s Ibrahim Ben-Bako, Ambolley said he does not need to prove anything anymore.

He requested MUSIGA to do an audit to reveal what the ¢2 million was used for.

“Whatever I have said, if it is wrong or right then, when the accountability of the GH¢2 million is made we will find out and see where it went,” Ambolley added.

However, Okyeame Kwame said he is not perturbed about the allegations nor Ambolley’s indifference to apologising.

“My lawyers are working on it, so very soon you’ll see where it would end if he doesn’t come to prove that I have taken the money,” the Made in Ghana artiste added.

DISCLAIMER: The Views, Comments, Opinions, Contributions and Statements made by Readers and Contributors on this platform do not necessarily represent the views or policy of Multimedia Group Limited.
Tags:
Ambolley
MUSIGA
Okyeame Kwame