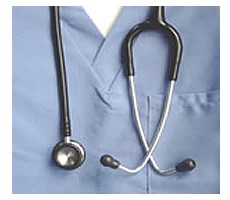 European Jewish and Muslim groups have joined forces to defend circumcision for young boys on religious grounds after a German regional court ruled it amounted to bodily harm.

A joint statement says the practice is fundamental to their faiths and calls for it to be awarded legal protection.

The ruling by the Cologne court – also criticised by the Israeli parliament – does not apply to the whole of Germany.

But Germany’s Medical Association told doctors not to perform circumcisions.

Thousands of Muslim and Jewish boys are circumcised in Germany every year.

“We consider this to be an affront (to) our basic religious and human rights,” it said.

“Circumcision is an ancient ritual that is fundamental to our individual faiths and we protest in the strongest possible terms against this court ruling.

“To that end we will vigorously defend our right to maintain our mutual tradition and call on the German parliament and all political parties to intervene in overruling this decision as a matter of urgency.”

The leaders also met members of the European parliament and the Bundestag to express their anger and insist that the German parliament establish clear legal protections for the rite.

The BBC’s Stephen Evans in Berlin says the German government is clearly uneasy about the ruling, particularly after accusations that it was inappropriate for the country of the Holocaust to outlaw a fundamental ritual of Judaism.

The ruling by the Cologne court followed a legal case involving a doctor who carried out a circumcision on a four year-old that led to medical complications.

The court said that a child’s right to physical integrity trumped religious and parental rights.

The doctor involved in the case was acquitted and the ruling was not binding. However, critics fear it could set a precedent that could be followed by other German courts.