Muslims urged to support in raising funds for the vulnerable 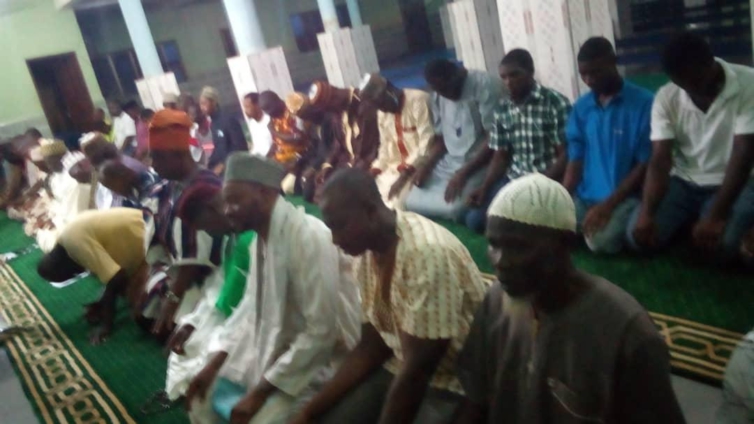 The Imam of the Takoradi Air Force Base, Flying Officer Moucharoudine-Siddique Maiga, has advised Muslims to pay “Zakat” and take a portion of their wealth as “Sadaqa” to help the poor and marginalised in society.

He reminded the Muslim community that “Allah upholds ‘zakat’ and ‘sadaqah’” and those who adhered to such pillars in Islam would reap Allah’s bountiful blessings.

Flying Officer Moucharoudine-Siddique Maiga was speaking at a Day Iftar (breaking the fast) with Muslim Military personnel at the Takoradi Air Force Base.

He reminded the Muslim community that by giving out of the little that they had, their wealth would grow.

He said Zakat and Sadaqa were commandments from Allah and all true Muslims must obey.

The Western Regional Administrator of the Zakat and Sadaqa Trust Fund of Ghana, Sumani B. Rashid, paid a glowing tribute to the National Chief Imam and the Parliamentary Caucus of Muslims for mooting an idea to raise funds in support of the poor and needy in education, health and economic.

Mr Rashid hinted that the fund would establish an Islamic Health System for Muslims to access quick relief services in times of need and the fund would build a modern hospital in Takoradi.

The Zakat and Sadaqa Administrator said in the education sector, the fund had given scholarships to 30 students to study in Malaysia.

The Western Regional Chairman at Islamic Education Unit, Alhaji Ibrahim Gomna said “if you refuse to give Zakat, Almighty Allah will take it by force”, and entreated the Muslim community to contribute towards the fund to grow.

DISCLAIMER: The Views, Comments, Opinions, Contributions and Statements made by Readers and Contributors on this platform do not necessarily represent the views or policy of Multimedia Group Limited.
Tags:
Alms Giving
Muslims
Takoradi Air Force Base